Training to Train; Practicing to Practice 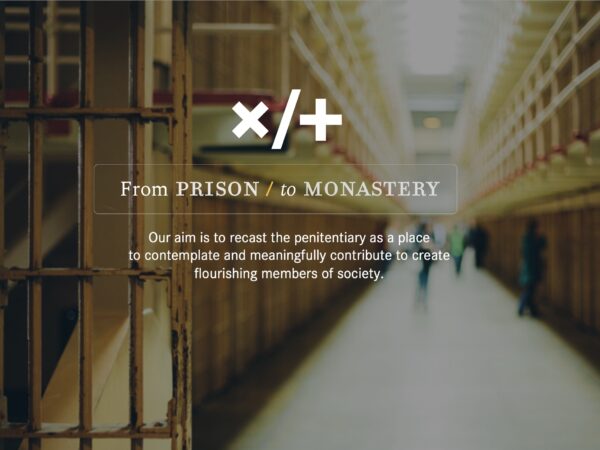 Incarcerated for more than forty-three years and a long-time participant in the Art of Soulmaking, Donald is currently serving time on death row in Florida.

There is so much value in self-discipline. Having the umph and determination to put our all inside what we practice. Going for it all.

When I was a lil’ boy around the age of four, some very nice neighbors took my sister and I to the local fair as an act of kindness for a couple of children who had absolutely nothing, except what was most important — we had each other. Such moments are always magical to children, this act of kindness wound up being one I would remember fondly some 55 years later. I recall being placed atop of one of the wooden horses on the merry-go-round, and oh my what an adventuresome ride it was for this wee lad! I watched a man who was also on the carousel reach for the brass ring that was posted on the side of the ride and snatch it up. If anyone could grab it, they won a prize such as a free ride. As I saw it in his hands, I was so spellbound with this mighty feat that I thought there and then, when I grow up, I too would snatch that ring! I felt the fire inside that said, “Yes, I’ll do it!”

As life goes on, we often forget about such promises we made as children or see them as unimportant childish foolery.

In the beginning of The Art of Soulmaking workbook there is a story of a priest seeing a woman in prison and telling her that he was like her as far as how they both lived a life of seclusion, and he too had a rigid schedule.

The only difference is he chose his lifestyle, where she struggled with hers. He invited her to see her experience as being one of a monk and embracing it where her time would be a gift rather than a curse, so she could experience great change and inner growth.

Once I read this story, I knew exactly what was being conveyed because it’s the same as what I chose to do with my life.

As I’ve mentioned in a previous issue, I came to prison at a very young age and have been in here for the last 43 years. After being in for eleven years, I briefly broke out for less than 48 hours. At the time I thought I was gaining freedom, only I was making my situation even worse by going from having a mandatory 25 years to life sentence to being sentenced to death, and from being in general population, to being confined in a 9ft × 7ft cage. I went from having some area to move about, all the way down to three steps forward, three steps back. For the past three decades, this has been my monastery. It’s also been my friend, worthy opponent, as well as my teacher of very valuable lessons on the topics of patience, acceptance, stillness, inner silence, and most importantly, it taught me how to surrender to Spirit, which yes, brought me unconditional freedom and self-discovery.

In 1990, while in the county jail awaiting trial, I began reading a novel called Huey. It was about a military helicopter pilot in the Vietnam war. His life was so disillusioned and void of purpose. He went to the chaplain trying to seek answers, only to come back even more unsettled. Then he ran across a Zen Buddhist monastery and met a monk who showed him that what he was looking for could only be found within. It was a story of transformation.

This book awakened the flame inside my own gut, so I decided to find a church or religious organization that would teach me something like Zen. Seeing some ads in the local paper, I phoned a church called Unity of Tallahassee. A lady who normally worked in the bookstore answered. After telling her who I was and why I called, she got real quiet and then told me maybe I should try a traditional church. “No!” I said. And for whatever reason, this convinced her to personally mentor me.

Like everyone else, I too, thought all the answers were somewhere outside, but she taught me to look within. She encouraged me to ask myself questions and be willing to look at all the things I was afraid to see. Very seldom would she ever give me the answer, but would agree whenever I experienced an in-depth insight.

After being sentenced to death and coming to the row, I decided I would live my life as a monk and try to make the time work for me rather than work doing the time. I had nothing to lose. I had already learned meditation and had studied numerous religious beliefs seeking truth, but for a long time not much of what I studied really resonated because it was only in the head and not the heart. I also had many distractions along the way. For long periods I was only half-heartedly practicing. I still held on to much of the anger that was an old friend and companion. Yet, slowly but surely, I noticed a depth begin to form.

It was from here that I began to understand the value of self-discipline and how, like anything else, it’s something we have to grow. I started training to train. Practicing to practice. I discovered it doesn’t matter what we practice, if we have self-discipline, we can accomplish anything! Someone who trains hard in any field can use that same discipline in any other field. Instead of struggling with being disciplined, I began to really want it and enjoy having it. Now I couldn’t imagine living a life without it because it gives me sheer determination to accomplish my spiritual journey.

I look back fondly at the boy on the merry-go-round, and know I did reach for the ring of Spirit and was gifted compassion, grace, and the ability to know inner beauty. I say, “Thank you, little Donnie, for daring to make such a promise and having the spirit to believe.”

With self-discipline, having both single focus and intention through diligence, steadfastness, and determination, we can see our dreams come true. If you sit quietly, you too may remember such a declaration your child spirit boldly made. Why not honor it and claim your rewards? That inner spirit still very much believes in you. Keep your promises now.