Transformation Through the Art of Forgiveness 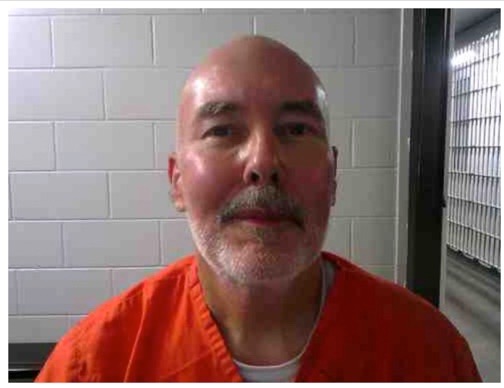 Incarcerated for more than forty-three years and a long-time participant in the Art of Soulmaking, Donald is currently serving time on death row in Florida.

In the booklet The Art of Soulmaking, one of the more important subjects mentioned is forgiveness. The booklet tells us what forgiveness is and how it brings transformation to us after we learn to forgive.

Many years ago, someone sent me a book marker with the saying “Peace Begins with me” on it. The message I received from this saying is that it’s up to me to be the one to try and get along with everyone else.

Over the course of time the concept of this saying evolved and I began to understand it in a completely different manner.

With my practices I began to notice that I was starting to live in a state of calmness or tranquility. No matter what’s going on, whether it be inside my monkey mind or outside events, I had this sense of underlying peace and was able to relax, knowing that regardless of the outcome it’s all going to be just fine. I also began to notice that my calmness had a way of getting others to calm down too. Ahh peace does begin with me!

There are many other things I’ve learned that also begin with me. They all start at our inward home. If we want to show others compassion then we start by showing compassion to ourselves. This goes with kindness, understanding, patience, love, and yes, forgiveness too.

Let me touch on another aspect of my journey, then I’ll get to forgiveness. Before I started living a conscious spiritual life, had you asked me to define god, I would have given you the typical answer of anyone who was raised in the Midwest in the 1960s and 70s. God was an old judgmental coot who was quick to punish all who didn’t obey his rules, and he expected us to be good lil’ boys and girls or punishment was bound to happen. From an early child I knew what was being taught to me in church was wrong. Speaking about love in one breath while looking down and judging anyone who didn’t look, act or believe as the church. I often experienced an inner ‘knowing’ about life, so I knew spirituality existed, but couldn’t say god was an actuality. What I did know is that I wanted no part of their religion.

After finding my mentor, she opened my eyes to a larger perspective of the word god. Still, whenever I thought of the word the old image would come up as an ole vindictive authoritarian, so I started visualizing a hammer and whenever the word god would pop up, I took the hammer and smashed it to pieces. I called this freeing god.

A sage from India once said. “The highest form of intelligence is to observe yourself without judging yourself,” or we could say, paying attention without criticism. The more I began to observe my own inner dialogue, the more I noticed it was always judging this or that. I started to realize most of these snap judgments whether about myself or others weren’t really even my beliefs but rather old lingering ones I picked up from childhood just like the old geezer version of god. These false beliefs were implanted by my parents, teachers, other children, and a host of other fountains where we pick our beliefs from that says we should or shouldn’t, we’re supposed to do this or that. These are the same beliefs that tell us we are not good enough or try to compare ourselves to some imaginary form of perfection where it leads to falling short. I began to realize it was complete madness! I had never taken the time to investigate if they were true or not but just accepted them as being so. When the same ones were implanted in the people who I got them from they never bothered to see if they were true either. We all have been believing so many false judgements. This is when I remembered my old faithful hammer and started seeing my belief system as being a room full of crystal images, so smashing away I went! This began to become a habit and eventually I stopped using the hammer and with willful intent smashed them to smithereens with inner focus. Poof! Bye-bye they went. This had a very liberating effect.

It was through losing all these incriminating and self-criticizing beliefs that I started having a much clearer inner vision and quieted mind. When I stopped judging myself, I realized I was less judgmental towards others too.

When we let go of all these judgements, we become naturally patient and tolerant inside. This winds up also being applied to the outside. Where before it was hard to let go of past hurts and slights, it now becomes easy to let go because we understand the person since we first understand ourselves.

Forgiveness begins with me. Transformation occurs when it’s truly our desire to forgive.