Learning to Be Comfortable Dealing with the Uncomfortable 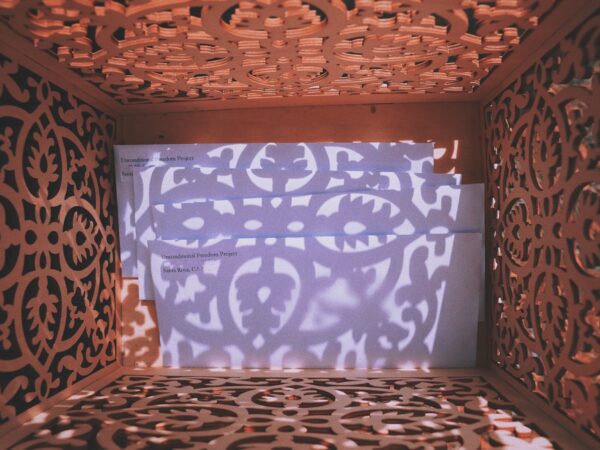 Incarcerated for more than forty-three years and a long-time participant in the Art of Soulmaking, Donald Dillbeck is currently serving time on death row in Florida.

Why is it do you suppose that we are always trying to not harvest or face our emotional pain? What is it that gets us to avoid being uncomfortable in the first place?

I believe it’s learned fear. Fear we picked up from when we were very young. As a baby we knew no fear. We were fully alive and vital and everything was magical and interesting. As we began to grow, we were told, “Don’t touch that! You are going to get hurt!” or “Stay away from the stove or you will be burned,” and “Don’t do this; don’t do that.” Now, I’m not saying most of these instructions were not needed because toddlers don’t know the pretty shiny flame will burn them. Yet it’s from these learned instructions we began to avoid painful situations, which very much include our emotional as well as physical pain. We went from having no fear and being fully alive to a place where avoiding discomfort became our norm.

Now that we are adults and know how to utilize the things we were told as children not to do, the little petty fear that started growing as a child manifests in other ways which make it easy for us to want to avoid the unpleasant. If we have a sand spur or splinter in our skin and it’s causing discomfort, we know the only way to stop the pain is by getting a hold of it and pulling it out. Yes, that might be a temporary “ouchey oohie” that comes with grabbing and dislodging the pesky object, but in just a few seconds it will no longer smart, and once the pain is gone, we feel relief.

Is emotional pain any different? A few years back I had to see a psychologist because of appealing a life sentence I received when I was 16. There were new laws that reduced some sentences of convicted folk who were given life sentences when they were teenagers. The mental health community finally understood youth’s brains are not always capable of acting rationally, and they have poor impulse control due to having an underdeveloped brain, so it is irresponsible to lock someone up for the rest of their life when they are capable of maturing and growing out of the behavior that resulted in the crime.

My legal team tried to have my earliest conviction overturned because they knew I also fell into that category. Before I saw the psychologist, I had a visit by a new lawyer who wanted to warn me that I would have to deal with facing a lot of memories of a harsh childhood since the specialist would be bringing up old traumatic experiences and it wouldn’t be easy. After she told me this I said not to worry, I was very comfortable with being uncomfortable. For some reason, the way I said it made her laugh, and since I have a very odd sense of humor, I smiled and told her that I had much practice in doing so. Practice, practice, and practice! When she told me this, I knew she was right. It would be an unpleasant experience. After already doing my own self-examinations and digging around in my past and coming to terms with it by facing all the old demons through meditations and spiritual training, it wasn’t going to be as hard as she thought it would be for me.

I also knew that facing the hard stuff of our past is the best way to heal and grow, so I welcomed the experience. Sure enough, after it was over with, I was able to heal even more. This made me grateful for such an opportunity.

One of the many gifts of meditation is learning to just sit silently and let whatever comes up come up without judging it good or bad, right or wrong. Just being with it. When we do so, we realize what we feared to address before isn’t as bad as we imagined it to be, and it then loses the power we used to give it. We stop being fearful since all the little anxieties, worries, confusions, and self-doubts no longer serve any purpose, and we let them go. Fear is the main factor of all our emotional pain, and when we lose the fear that causes the pain in the first place, we become much like the infant who is fully alive, so we start experiencing inner joy once more.

Today, I know there is nothing I can’t look right square in the eye while not being afraid to feel it. I’m not afraid of past experiences. More so, they are not anything I have to carry around with me because of dealing with them rather than avoiding them. Much like the thorn or sand spur, I would rather instantly deal with it than allow it to fester. Wouldn’t you agree? So let’s all learn to be comfortable while being temporarily uncomfortable, or learn to let our comfort zone expand further where we are in it while being in an uncomfortable situation. Give it a try!