Underneath the Hood of Race Relations 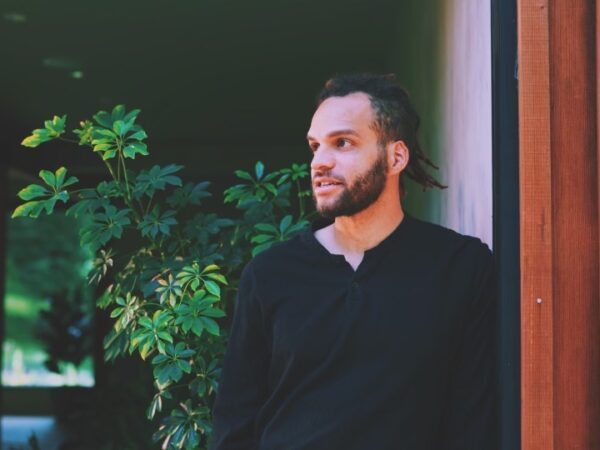 This article includes racial slurs, not gratuitously or for shock value, but in an effort to authentically portray what happened. I think the razor’s edge of truth, even if it cuts a bit, can open us to new possibilities.

A hallmark of my experience growing up mixed-race in Tennessee was the feeling that I was always under attack. I felt insecure, but I wasn’t able to get in touch with that insecurity until later in life. I felt an underlying grief and heartbreak for what I had never acknowledged or put words to. All types of life situations fed the narrative that I was under attack. Looking back on it now, I can see how those experiences were both real and created by me.

Genetically, I am 53% European and 45% Sub-Saharan African. My mother is Jamaican. My father is African American. Race was a strong undercurrent in my family. My mother’s side is fair skinned and part of the historical ruling class in Jamaica. She is considered White in Jamaica, yet Black in the U.S. She defied male authority in her family by becoming a doctor, which her father did not support.

My dad grew up as a working-class black in South Carolina and participated in the civil rights movement. Also a doctor, he was partly motivated to join the profession to access the same privileges enjoyed by Whites. As a child, he noticed the most respected people in town had earned doctoral degrees. And at ten years old, he found himself in a situation where his younger sister was sick and dying, as far as he could tell. In those days, when Blacks visited the emergency room, regardless of how sick they were, they’d have to wait in the colored waiting room for all Whites to be seen first. So as his sister nodded off into the darkness, he sat and watched through a little window into the white waiting room, as each White person was seen. When they were finally admitted, he broke all social codes, cursing the doctor and vowing to become one himself to ensure that “no one should ever be treated this way.”

To this day, members of my mother’s family have dark black Jamaicans who cook, drive, and clean for them as well as live in quarters below the house. By design, quarters originally conceived of for housing slaves. This piece of my mother’s lineage sets off my dad. His grandfather was a slave. If I were to pick a few adjectives to describe the two extreme parts of my family working out a union, I’d describe one as entitled, superior, and humorously dismissive, and the other as resentful, oppressed, and fighting for belonging.

I spent my childhood in a state of innocence, neither seeing nor understanding the significance of my skin color, even though I grew up playing games like, “slavery,” “smear the queer,” and “German spotlight,” where the purpose of the game was to eliminate that minority.

When I was in fourth grade, I remember having a white best friend at summer camp, and in the second week of camp he informed me that we could no longer be friends because his dad had told him he shouldn’t be friends with black people. In sixth grade, my dad brought me with him to a conference for black doctors. Everyone there was in the black professional crowd, Blacks who had, like my dad, also seen the value of earning advanced degrees. I managed to become the honorary white person among some kids at the conference. I was constantly getting into arguments and explaining that I wasn’t white. One kid, Tyrone, was relentless. In an effort to escape Whiteness, I offered that we compare who was whiter. So we stood next to each other with our arms extended out. Turns out, I was slightly whiter than him. That was not good.

Of the words, White, Black, and nigger, nigger held a lot of weight in my mind because when a white male said it, there was a particular resentment and detachment in the air. Like when someone is standing in your face and talking, but they aren’t really present with themselves or you. They seem capable of anything. You can’t trust it. All the cool males in high school had weapons in their cars. I had a hunting knife, for example (never used it). White males had baseball bats, which they humorously named nigger beaters.

That type of aggression played out for me on the soccer field. I was the best soccer player in Tennessee for the position I played, and was on the Olympic Development Team. I was also very sensitive to the emotional tone of my surroundings. Among the normal male aggression I’d find on any soccer field, I sometimes felt another kind, even if people didn’t say anything. And sometimes they did — that aggression came out overtly on the field of play.

I remember one game where the parents of a team from Paducah, Kentucky, called the Maniacs, were inciting their children to attack me: “Don’t let that nigger do that to you!” “Get that nigger!” Two of the players received red cards for hard tackles before the referee decided to call the game to preserve all of our safety. Some of their parents then announced that they would “see us in the parking lot.” My dad and I remained at the field sitting together on the stands for most of the day before returning to our car.

In another game, a player defied all soccer etiquette and speared me. He was banned from the league. But my arm was broken. This occurred after I’d done some “fancy,” but really just flow-based moves that clearly embarrassed him. Mentally, I was done with soccer after that. None of the white kids had my playing style which was more the Ginga Brazilian style of play than the European one.

Whatever group I found myself in, White or Black, I didn’t know how to feel or process these undercurrents of race relations. When anything happened, all I knew was to run faster and be better than everyone else. Stay ahead or “they” will get you. Be tough. Be alpha. Make money. That’s also how my dad managed his perpetual state of insecurity.

“You must be a competitor,” he’d say. He had a specific idea of what that should look like for everyone. He could be a bull, having no problem telling you he was going to win, be top of the class, or president of this or that. And he would do it. I always thought that these efforts were a bit exaggerated, so I became more covert and chameleon-like with my insecurity, opting to mimic the mannerisms of whatever company I found myself in. He relentlessly coached me towards earning an advanced degree and making money, hoping that with a strong resume and bank account I’d finally find salvation in the American Dream, the Promised Land of Martin Luther King, Jr. I give my dad total credit for pushing me to develop my intellect. I remember many times where I was ready to quit, and just get by on my athleticism, but from his perspective, I had to do more to survive.

“To be a competitor,” I have spent most of my life dismissing racially charged interactions. Pushed down whatever I am feeling and pressed on. Speed is safety. From this perspective, I have held onto all sorts of fearful pockets and scary memories. And where my own prejudice lies is where I have judged “Whiteness” as having a fakeness — acting nice, put together, and Christian-like, while actually acting more racist and objectifying towards other people than I have even been aware of. Plus, I developed resentment towards Whiteness in myself, having run over myself so many times to measure up to the unachievable standard of “good” that I decided it represented. On the other hand, I have also found that for me “Blackness” tends to harbor resentment toward the past, as if being the downtrodden. From that position of inadequacy, I’ve resentfully spent much of my life pursuing my own self worth along external standards of American culture. Mind you, standards originally set by our Founding Fathers, white men who themselves had an incomplete relationship with human worth, both owning slaves and deeming women as property.

Then there’s my “Jamaicaness” that, at times, looks up to the United States and Whiteness from a sense of diminished self worth. Some of the top artists of our time, like Vibez Cartel, bleached his skin to appear more White. Or how Jamaica governs itself by adopting the same laws as the United States in order to stay in good favor under economic trade agreements like NAFTA, but while you are there, you will likely see police officers openly smoking joints on the street corner. The desire to conform breeds confusion and corruption because people are trying to uphold a standard of “good” that isn’t actually who they are.

I wish I could report that White Americans were triumphing along the racial hierarchy, but I don’t see it that way. We were once oppressed. By the European lords and ladies from whom we fled. While we declared independence hundreds of years ago, our resentment towards that tyranny continues, us being more like them than we’d like to think. America has a history of similar sorts of oppression against its own marginalized groups. These came to a head in the Civil Rights or Women’s Suffrage movements. Our version of the American Dream is to have what is a modern day castle, gated and protected from everyone, with a perfectly manicured lawn and garden. (The lawn originates from the space around a castle meant to provide visibility on foes who may be sneaking up on you.) Just as empires of Europe, a quintessential American ideal is acquiring as much money and property as you can and simultaneously defending it from others. Ironically, our lives always end and everything we have owned starts to recirculate.

Then there are the terms themselves, White and Black, which seem to objectify all of us into positions of opposites, as if to divide us like commodities so that our value can be easily determined. But the complexity of who we are actually includes multichromatic lineages: both dominant and marginalized cultures from all over the world, as well as ancestors who have probably been both oppressor and the oppressed.

It’s not like White and Black are places you can be from. White is not a village in France known for growing wine and we know that Blacks in Africa did sell other Blacks into slavery. In fact, the word “slave” originally derived from Slavs and people from Slovenia are about as White as you can get. So it’s as if human beings have always tried to establish ourselves at the top of each other and the world. I don’t see the unique expression of individual hearts and creative vision in that version of the American Dream.

Below big picture visions, I just want to be everyday available to others in these conversations. When I was practicing law in Philadelphia, and hard on the money chase, I remember walking down the street in my business suit, and a teenager who was mixed race, yelled at me with surprise in his voice: “Hey, you look just like me!” It was as if for the first time in his life he was going to be able to understand something about his situation. I was too busy needing to prove my own value, rushing to the next place, and ignoring such conversations at that time in my life that I chuckled, dismissed him, and continued walking.

Instead, I want to be available for race conversations and open to receiving all the things people feel, but have yet to say.