Meditation in a County Jail 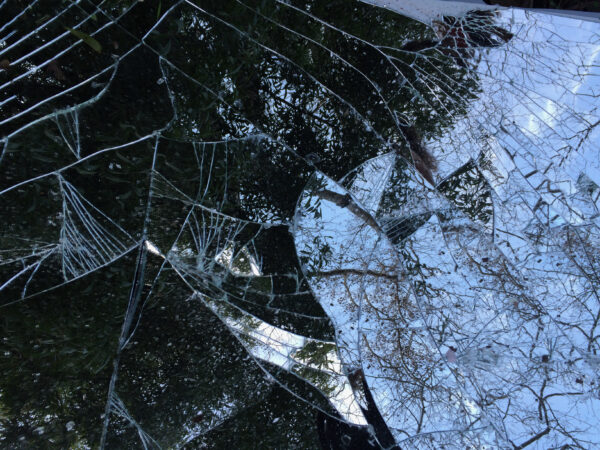 Lay ordained in the Zen Buddhist tradition, Margot Koch is an artist who has been meditating for nearly forty years. As a teacher in the schools for twenty-five years, she worked first with developmentally disabled learners, then taught art and public speaking, and has more recently facilitated speaking groups for adults, focusing on relational presence.

About 44 years ago, I almost literally stumbled into the Zen Center’s Green Gulch Farm at Muir Beach to learn to meditate. I had read Allen Watts and was interested in Zen, but what brought me there had nothing to do with what might be “interesting.” I came as a result of what I’d later call my “nervous breakthrough.” It was as though I’d looked into Pandora’s Box, and what I’d seen had left my mind shattered. Within hours of arriving at the monastery, I found myself sitting in the great Buddha hall with nothing to do but count my breaths and watch my thoughts. Many hours of the coming months were spent simply sitting, facing a wall, and sobbing. Many more days and weeks were spent developing a more upright seated posture. I slowly became more attentive to the workings of my mind, and finally I began to see something beyond the old, solid reign of my thinking self; just a glimmer at first perhaps, into a pool of being. The peace of that was sheer bliss.

Still, even then, I sometimes imagined the parallel between life in a monastery and life in prison. Though I imagined the monastic community was a bit gentler, and ostensibly I could leave any time I wanted, Zen was tough and seemed to be as much about correct form as it was about emptiness. We followed a set schedule from morning to night, and when we weren’t meditating, every moment was accounted for. However, slowly, I began to see how the hours of meditation were changing me, and suspected I could, and would, forever see life from a different perspective.

A few months ago, I went to a county jail to teach meditation to a small group of men. They were there as part of the Art of Soulmaking class. I was there because my time at the monastery had brought me to wonder how anyone could survive the environment of a prison without meditation.

The men sat in a half circle on the floor in front of me, using rolled up yoga mats as cushions to help with their posture. When we turned off the glaring fluorescent lights, the room immediately became stiller. Though not a high security risk, most of them looked tough. But when I spoke, they listened, and while they were all polite and well-mannered, I also sensed a true engagement. I drew from my own experience – from sitting, from teachings absorbed, from working many years with different kinds of learners. But mostly I drew from my still deeply held conviction that to thrive in the stark and rigid environment of incarceration, one had to have practices to help bring the self to an essential freedom — within.

When the lights came back on after a few short periods of meditation, one guided, one silent, I asked each man to share something that he had noticed while sitting. One talked about the parallel between the sweat lodge ceremonies he had done with his native tribe and meditation, then added that this sitting still was harder for him than the ceremonies and the sweats. A few commented on how surprisingly uncomfortable it had been to sit quietly for a mere ten or fifteen minutes, and several acknowledged that there appeared to be a good reason for this practice of being quiet with their own thoughts.

One man said he had done what he always did when left alone with his thinking, which was to go over and over the “laundry list” of things he had done wrong, things he wished he hadn’t done at all, ways in which he wished he were different. “But,” he said, the difference was that this time, for a few moments, he had actually seen himself thinking these thoughts. He had experienced a visceral separation between his thinking mind and his body, and I could see this revelation in his eyes. I could have jumped up and kissed him (which would have been highly inadvisable) because this is why I went to the jail — to try and teach what I’ve always said is actually impossible to teach: meditation. It’s such an inside job. Yet this is what the Bodhisattva vows are all about, attempting what is impossible, like life itself, and keeping each other company as we move through this impossible life — to whatever point it has brought each of us. And beyond.

I’m so grateful to UFP and the Art of Soulmaking for giving me the opportunity to do the work.