No Apple Left Behind 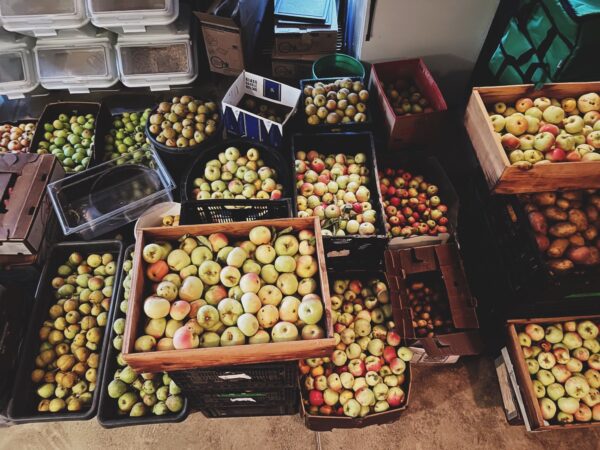 We had lived on a 162 acre property for a few years before we noticed the apples. I know, it seems odd that you might not see 80+ fruit trees in the garden, so somewhere in the back of our consciousness we must have known they were there, but no one remembered seeing them previous years. They were part of the garden, the backdrop, the scenery of our rural farm lives that we hadn’t fully inhabited. But now here in front of us, seemingly out of nowhere, were apples. Not a few, but APPLES. The ground was littered with them. They seemed to fall faster than we could pick them up. We couldn’t understand how there were so many varieties. Some looked familiar, the green ones reminded us of Granny Smith, the reddish of like Fuji. They were all sizes, shapes, colors, flavors, and we knew we couldn’t keep ignoring them.

Everyone stopped their projects – we had a property-wide almost mandatory pause – to pick apples. Most of us were buried deep in our computers (one of the reasons we had let the apple situation get so loud without noticing) and now spent a week or so mostly outdoors, deeply in our bodies, picking apples. We tried techniques like shaking the trees, picking them off diligently one by one, and sorting the ones on the ground into three piles: table apples for eating, slightly bruised for juicing, and very bruised or rotting for the compost. And so we picked. Then came the issue of storage. How could you ever possibly store this many apples? We didn’t have enough refrigerator space so we put them in the cellar and researched storage methods. We packed apples between hay, we used burlap to separate them in boxes, we stored them separately from other produce so that their naturally producing ethylene gas wouldn’t make anything else ripen faster. Now we were not only farmers but scientists.

And then of course came the task of using them. We ate as many as we could. We passed them out to neighbors. We made little gift boxes and sent them to our families around the country. Aren’t we cute, we grow apples?

We did a lotttt of baking. We made apple crisps, apple pies, apple jam, apple butter. We got Kevin’s mom’s apple pie from South Africa. Bob made a German apple streusel. Austin and Anjuli’s mother sent us countless apple recipes and we tried them all. We found an apple press and juiced them. We discovered if you don’t drink that juice fast enough it ferments. And, we intentionally fermented some to make apple cider vinegar. We made more crisps and froze them so we could have them all winter.

But we still had more apples. I devised a campaign to focus our efforts: No Apple Left Behind. We couldn’t let all this bounty go to waste. We started calling food banks as far as San Francisco to try to offload some of our harvest. Some places were delighted to accept, others said that their clients had bad teeth and so they wouldn’t be able to serve them whole.

Around this time, we had been dreaming up a sit down meal in the tenderloin, but I had checklists of things to get in order, chefs to find, systems to put in place. A long detailed process that couldn’t be rushed. But in front of me was a clear opportunity. We had so much we had to give it away or it would literally – and figuratively – rot. Taking a small leap of faith, I suggested that we start Love to Table with a simple apple crisp tea service. We could make a tea bend from our garden and bring our apple crisps, and we’d see how the turnout was, how the restaurant experience felt.

I called Aref, almost hoping he would say it was too fast, that we couldn’t do it, but of course he was delighted. So we planned for our debut to be the following Sunday, when his Sudanese restaurant was closed. We spent the week chopping, slicing and baking, and came to SF, cars brimming with with love and apple crisps. 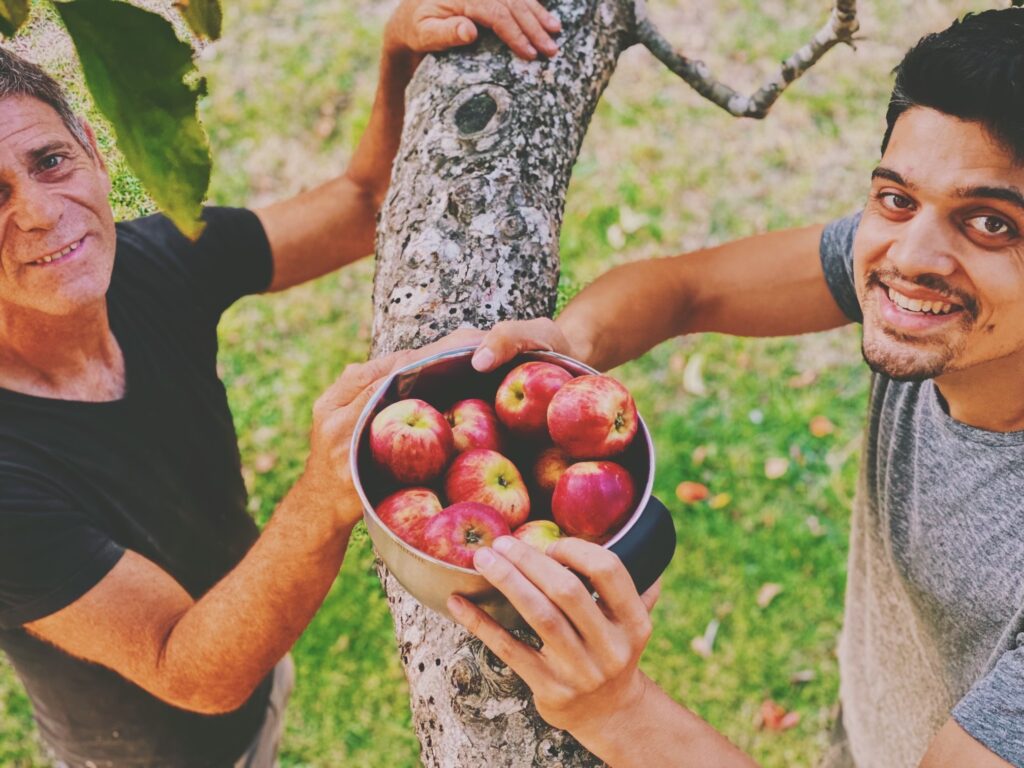 This recipe comes together quickly and is quite forgiving. If you don’t want to peel the apples it will still be delicious.

Separately mix until it becomes a crumbly topping:

Pour the apples into a pan and cover with crisp topping. Bake at 375 degrees for about 40 minutes, until apples are soft and juicy and crisp topping is golden brown. 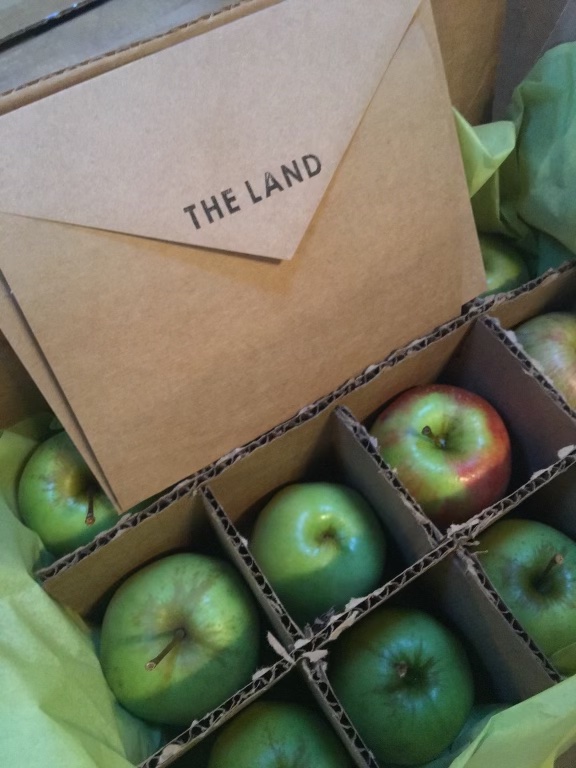 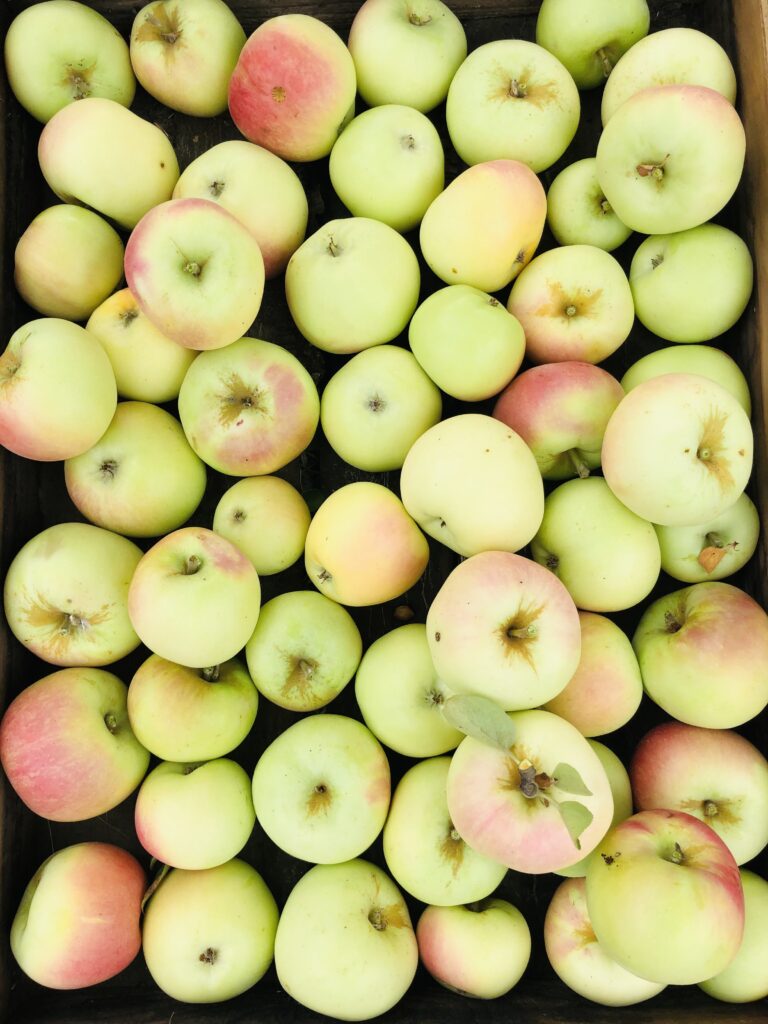