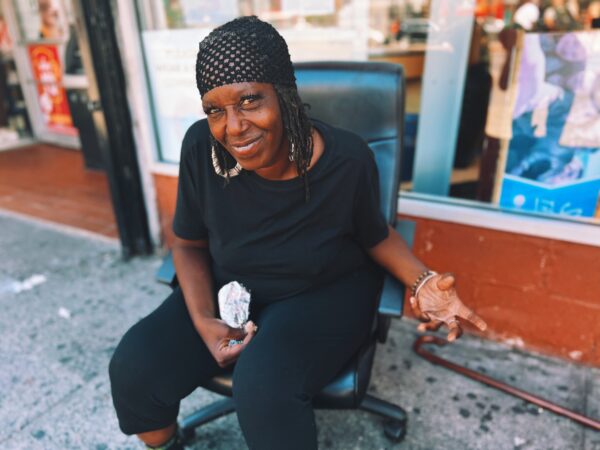 When my friend Rachael told me we were serving breakfast burritos in Harlem, I couldn’t quite make the connection. Love to Table was all about farm to table food, a restaurant experience, serving love and dignity….and burritos? I prided myself on how we used the seasonal vegetables grown in our farm for our meals, how our food was not just tasty but also beautiful, the way that someone would smile when they saw their plate adorned with edible flowers or little touches that evoked the senses. But breakfast burritos didn’t fit that mold. I couldn’t quite see how it worked together.

Yet, Rachael was insistent, and so Free Food Harlem started serving breakfast burritos every week. From California I would see photos of the crew in New York, smiles brimming on their faces as they cooked and handed out burritos on the streets. It looked fun and loving, but I was still skeptical, how did it fit in with what we were doing? Did the quality and love in our meals still come through in wrap form?

When I got to Harlem and started helping with our Free Food meals there, I got to experience burrito day for myself. Unlike our meals which we planned for weeks and spent all day cooking, burritos were immediate. From the first egg we cracked to the moment we’d set out on the street with bags full of hot burritos was about an hour. There was quick between the act of making food and offering it. The thing I felt most clearly as we were passing the hot, freshly made burritos on the street, was that we were delivering love. With each person I asked, “would you like a breakfast burrito?”, I could feel an outpouring of love. And whether they said yes or no, they usually received it. Most people, especially at the corner of 125th and Lennox, said yes. And then the ones who didn’t usually still smiled or thanked us. Some people would ask for seconds, even thirds. Some people would say no, but you could feel they really wanted it and just thought it was too much, so with a little smile or asking again they would take it and their faces would open in delight as they felt the hot foil wrap in their hands.

I physically had bags filled with burritos to hand out, but that represented the joy and attention and love inside that wanted to express. The burrito was the medium that I could use to pour out into people who would otherwise be hard for me to reach, where just walking down the street that love would get stuck inside. It didn’t matter what food it was – a 5 star restaurant plate or a burrito with home fries and spinach – it was food. Food is the universal connector. And that food is how we deliver love.

This morning, as we handed out burritos, there were familiar faces and new. People received the love, the little offering from our hearts, fresh made. One man, while eating his burrito offered us a poem:

5 people walking on their toes

and what does the poet say

So that’s what we do. We keep handing out burritos. 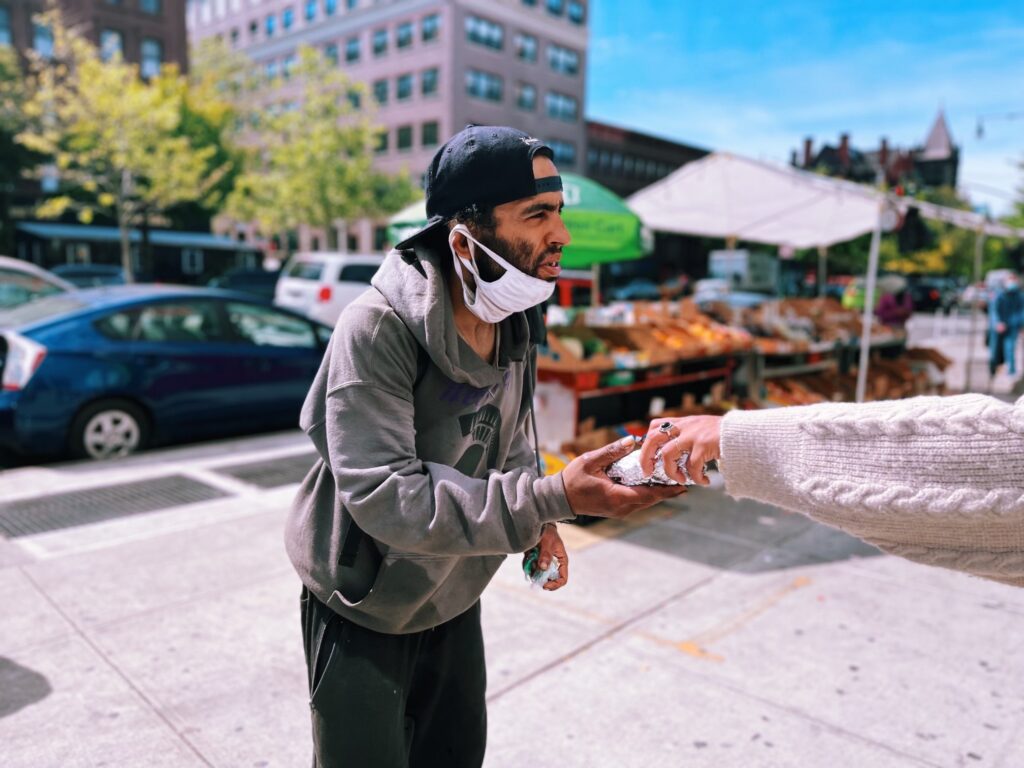 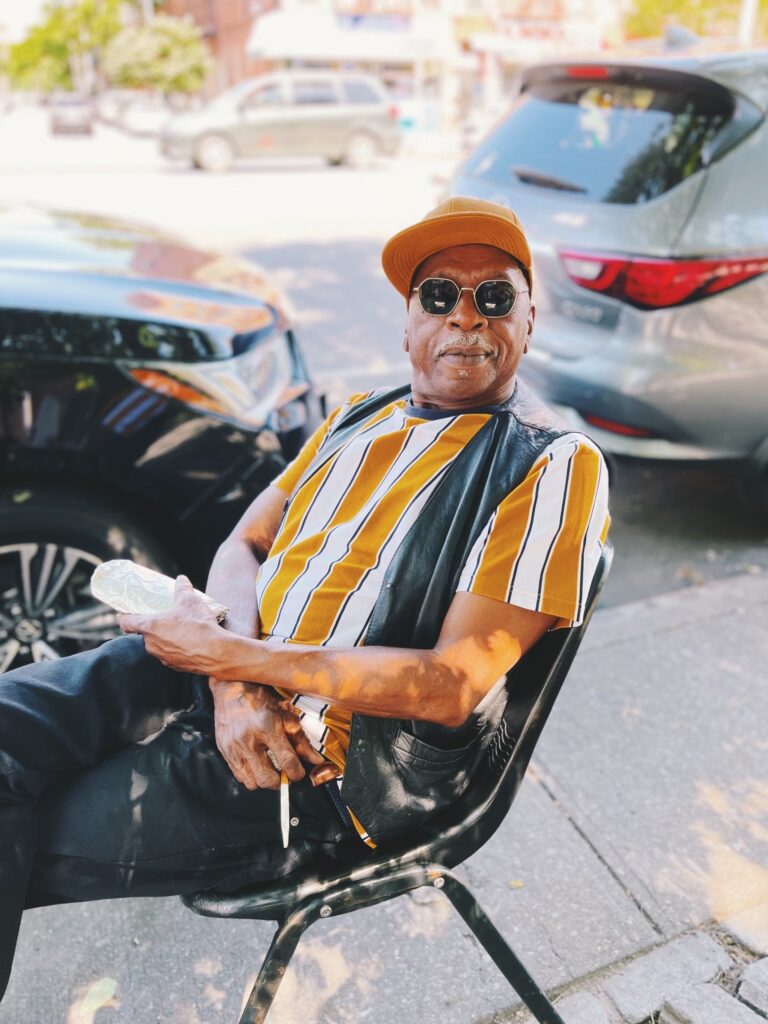 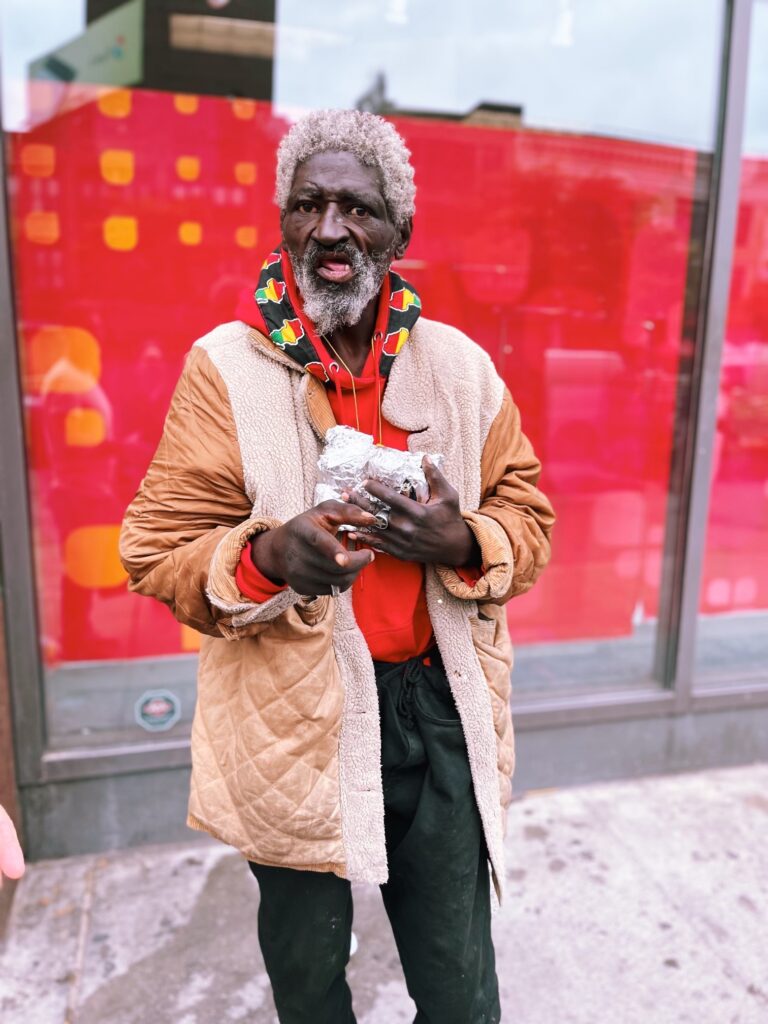 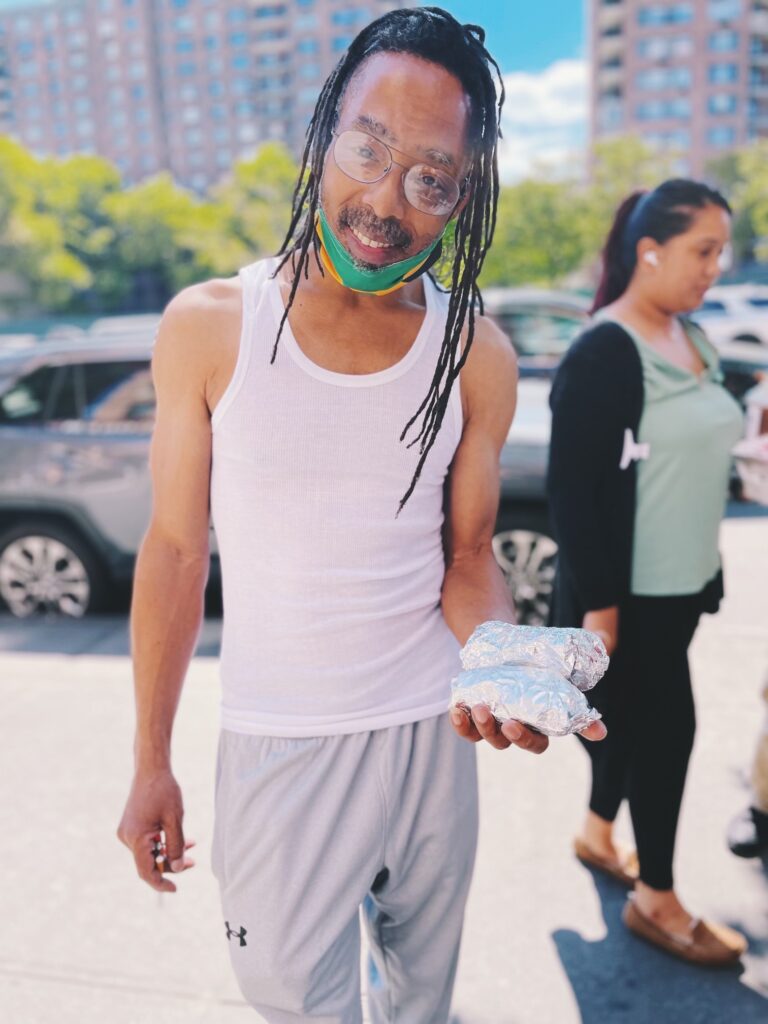