Finding our Home in the Tenderloin 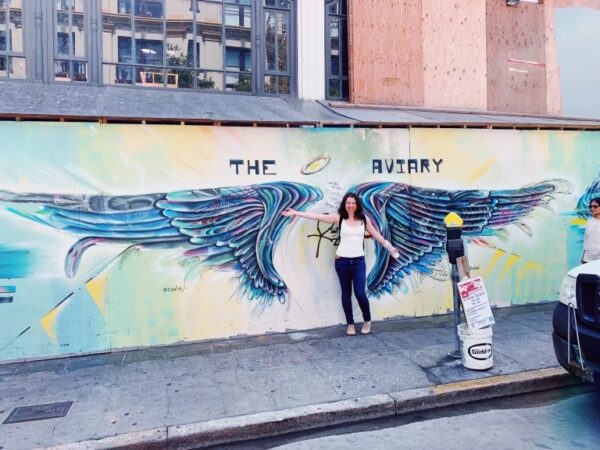 It was time. We had been dreaming, planning, envisioning Love to Table for long enough. We were overflowing with ideas of how we wanted the restaurant to look, what it would feel like, the food we would serve, the tinctures made from our garden bounty that would adorn the curated bookshelves filled with books on food and love and health. But now it was time to get out of the dream room and really start this thing. We needed a space.

Sofia and I drove to San Francisco, having set up a few appointments with realtors but deciding at the end of the day that all the virtual restaurant hunting wasn’t getting us anywhere and we just had to go there in person. We spent most of the 2 1/2 hour car ride talking about our dreams of the restaurant, how it would feel when we moved back to San Francisco to run it full time, what our lives would be like creating this thing. I tried to stay in the vision of it all, not get overwhelmed by the details of food safety regulations, building permits and the fact that we really had no idea what was involved in starting a business but it seemed like a lot. But I trusted that this trip would ground some details and we could at least see what was out there.

The first place we saw was the Aviary, a hip to-be foodie workplace venue. The building was still completely under construction, but as we walked through the space we could imagine the restaurant coming to life. Over here we’ll have the tables, there will be some couches. We can host our recovery meetings in the upstairs space at night. It felt wild and amazing to actually imagine a real brick and mortar place that could be ours. At the same time, the reality of building out a whole restaurant from scratch was a time and cost intensive prospect, so we catalogued it away for the future, wistfully looking at the under-construction spot and knowing we needed something a little more in range. We wanted somewhere to serve now. We had love to get out, it was a very time-sensitive affair!

We looked at a few other spaces like that, nowhere near ready, mountains and mountains of work to finish them. We had the thought that perhaps a restaurant that was open part time would let us use their space when they’re closed, especially to start. We were thinking we’d only be open a few days a week at the beginning, so that could be a great starting place. This obviously wasn’t something the realtor could help us with, so we decided we would walk around the area and start asking restaurants if they wanted to partner with us. We weren’t your typical restaurant prospects, two young women with very little business experience walking around the tenderloin, but we had a lot of heart. We talked to Indian restaurants, Mexican, little corner shops with sandwiches. Overall people were kind, but the idea of a free restaurant sharing their space didn’t fit in with their plans. There was prep time, and that sounded like a lot of effort for them, and while some business owners even liked the idea, we got a lot of nos.

Then we walked into Z Zoul. From the outside, the place was nondescript, some signs advertising the menu and Sudan. It definitely didn’t have a Michelin star restaurant feel. But we went inside, and the woman at the counter, Dalia, had a beautiful smile. She barely spoke English, but when we told her why we were there, she opened her cell phone and spoke in Arabic. She asked us to wait 10 minutes for her husband to come.

Aref arrived and immediately asked us to sit, enveloping up in his warmth and hospitality. Dalia brought tea and we told him about our idea, the vision of Love to Table. He shared his story of immigrating from Sudan, leaving behind so much to give his family new opportunities here in America. He had dreamed of having a nonprofit, giving back to others, and kept telling us that we were angels, having appeared in his life like this. He was an immediate yes, told us his restaurant was closed on Sundays and that anything we wanted was ours. We were partners, this was our restaurant now too. Sofia and I looked at the huge colorful mural on the wall – a painting of Aref’s mother – and although it didn’t match our vision for elegant California farm-to-table doing, we knew we were home. 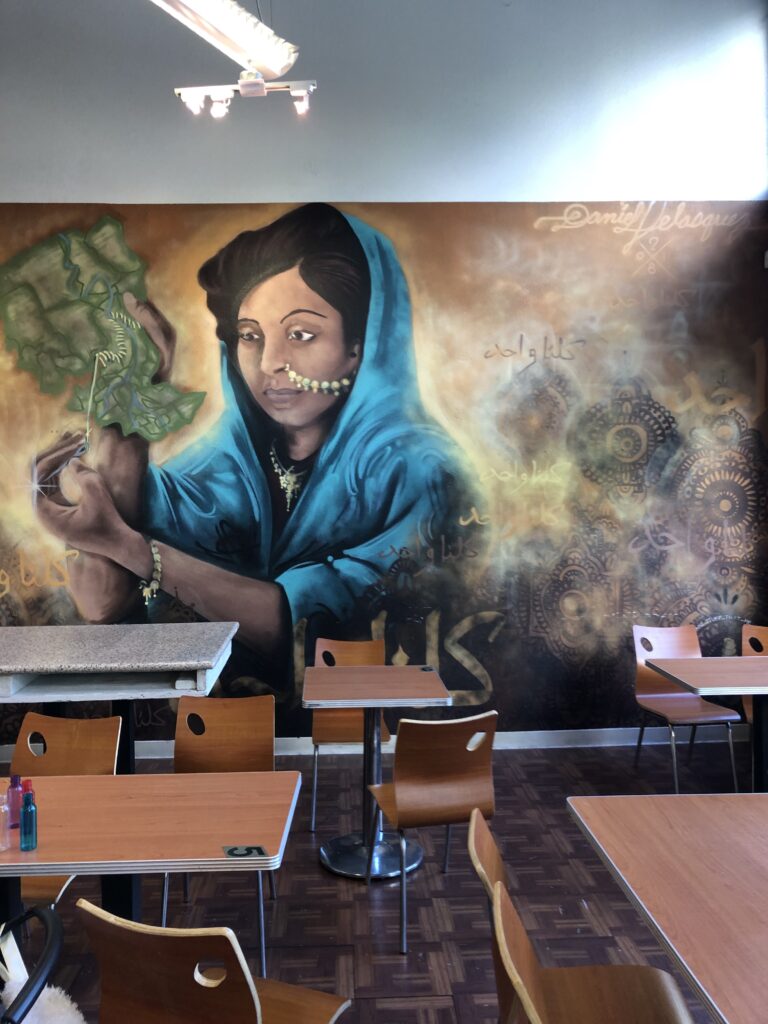 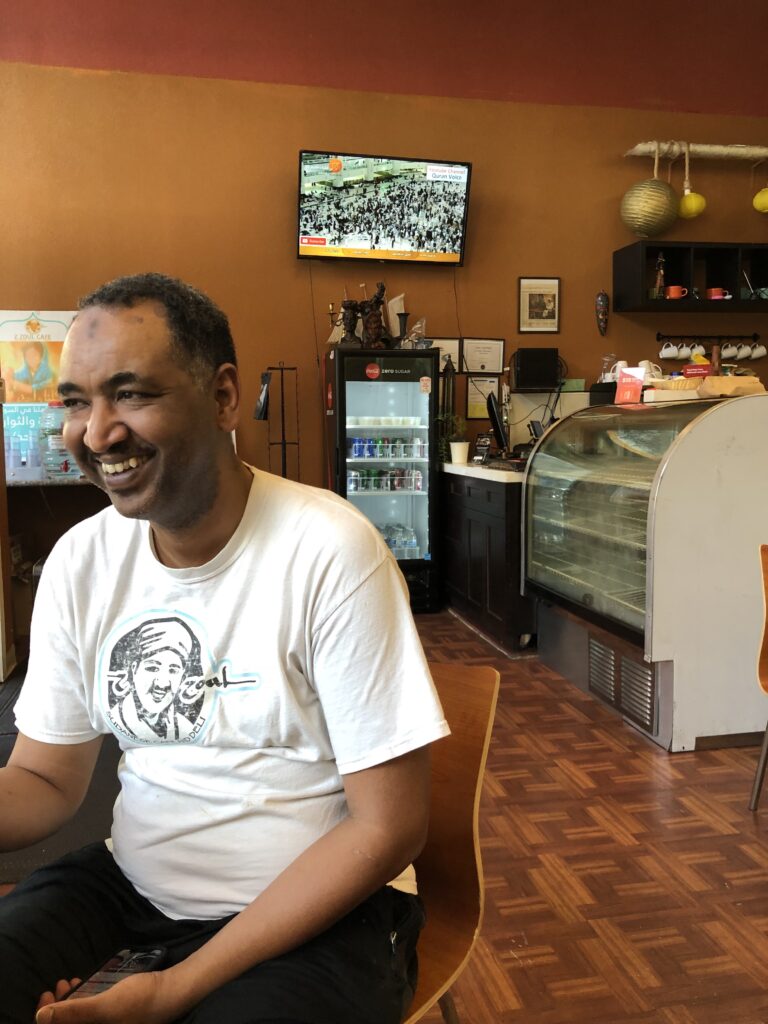