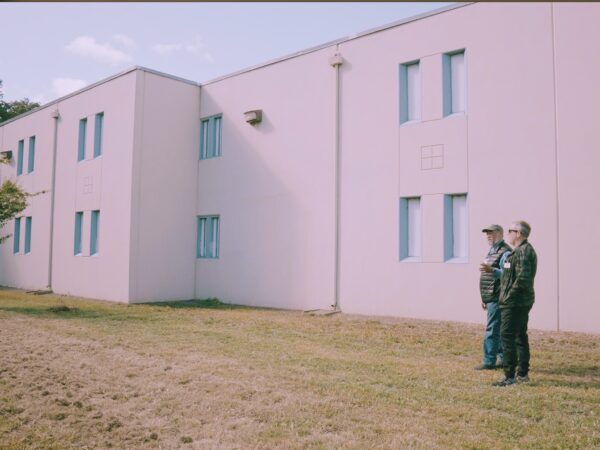 The idea of pairing a blue-collar sheriff in Mendocino County, a 33-year veteran of the force, with an ecologist who’s traveled to ninety countries studying large scale damaged ecosystems together in a prison education program might not look obvious at first sight.

However, the two made fast friends during our May 12th visit to the Mendocino County Jail. Sheriff Matt Kendall talked about the cliff dwelling Native Americans in the Southwest who experienced an ecosystem collapse as ecologist John Liu was describing his experience at the Loess Plateau in China.

The concept of creating a botanical sanctuary and ecosystem restoration hub at the Mendocino County Jail has been a dream for us, and we’re actually making it happen.

The botanical sanctuary will preserve and propagate some of the region’s most endangered and threatened plant species, thus strengthening the region’s evolutionary ecology. By rehabilitating the land and soil of our prisons, planting endangered foliage, rare native plants, bushes and trees, the inmates will create a functional ecosystem; interacting with it, learning from it, and cultivating the food they eat onsite. The incarcerated participants will learn valuable skills and gain a formal accreditation in ecosystem restoration that will open up job opportunities in the new green economy.

The ecosystem in the jails will be a catalyst to expand ecosystem restoration services into the cities and communities that surround the jail. Imagine a world where the incarcerated express their purpose and penitence at the same time, creating stronger, healthier communities, which are, ultimately, part of the ecosystem.

We ended up in the classroom at the end of the day. Three of the members of the incarcerated garden crew are Native American and one talked about how important the cycle of life was to his elders. Knowledge of the cycle was passed down from one generation to the next, and he felt grateful to learn about ecology and bring it back to his community.

John and I ended up digesting the experience back at the Land and he was really just taken aback at “how lucky we are to have a Sheriff who cares so much about his people. That’s a really rare thing.”