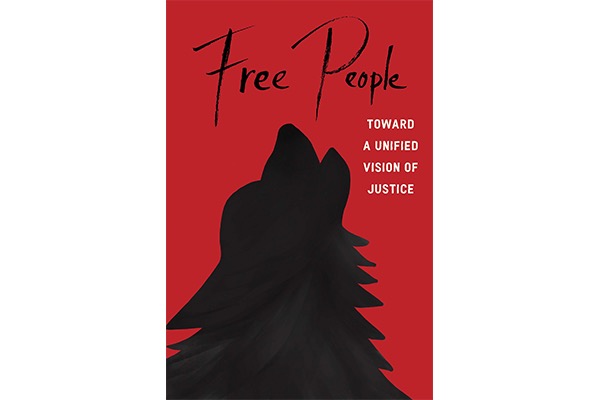 The book Free People tackles the concept of ‘justice’ from a different perspective. Unlike current approaches to justice — ‘social justice,’ ‘procedural justice,’ ‘restorative justice,’ ‘retributive justice,’ and ‘distributive justice’ — it focuses on growing the generative capacity of the individual to withstand external conditions — of pain, inferiority, oppression, poverty — and grow from them into a deeper understanding of, and ultimately, union with, one’s antagonist. The book offers a resolution to a societal dilemma: how to use pain as a constructive rather than destructive force.

Other forms of justice attempt to use traditional, hierarchical tools, and relationships to ‘reform’ the system, but often end up merely replacing today’s dominant archetypes with others within a similar system of hierarchy and oppression. They merely switch out oppressors, from white protestant males, to women, minorities, LGTBQ+, etc. without changing the operant power dynamics of the system. In the process they create new oppressors and new victims in what ultimately becomes an intractable problem of systemic dysfunction and societal failure.

The book is currently structured in two parts. Part one, “Love vs. Combat,” rhetorically pits love against combat in a somewhat ironic interplay that underscores the severe limitations of an oppositional approach to ‘social justice.’ In doing so, the book identifies the problem of pain and how most attempts to deal with one’s pain by attacking external conditions ignore a fundamental source of generative and creative power available to each human being. In seeking external validation as a source of power, in the form of sympathy, legislation, retributive justice (punishing an individual or group for social offenses as in the ‘#metoo’ movement) or distributive justice (such as affirmative action, social welfare programs), individuals gradually lose agency and movements develop a pathological codependency with the antagonizing force. This has the effect of reenforcing the hierarchical relationships within society and cementing the power dynamics we are ostensibly seeking to eliminate and ultimately replace.

Then the book explores the ‘fallacy of non-secular activism.’ The fallacy is that the fault lies not in ourselves but in our stars (our leaders, public celebrities, hierarchical structures within institutions, etc.). The false belief that the problem exists outside of ourselves leads to misguided forms of activism that seek to ‘rise up in arms against a sea of troubles’ and destroy those structures through traditional forms of oppositional action — the loud marches and demonstrations, the lawsuits and destroying public figures with sex scandals, anarchic mob violence in the form of looting or invading government offices. These approaches are ultimately destructive to society and do little to replace existing systems. What if instead of threatening ‘The Fire Next Time,’ as James Baldwin warns, we become the firefly instead of the torch? The result of this illumination is that we love our nation more than we hate our neighbors.

Part two, “The Anatomy of a Movement,” introduces a programmatic infrastructure for a movement based on these ideas. We drill down from abstraction to the concrete while keeping in mind our ultimate goal: a more perfect union. We have to ‘be’ the change before we can effect change in the broader society. For it is not only in ourselves that we are knaves, it is also in ourselves that we are saints. This journey of self-empowerment, however, serves a higher purpose. We are empowering ourselves in the service of a better world for all people and creatures.