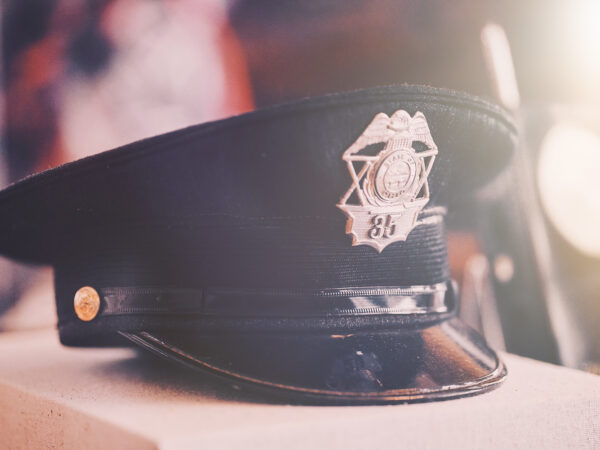 ​A few months ago, I set out on a project to interview twenty Correctional Officers throughout the country. To take on this assignment, I had to educate myself on COs, cold call them, ask for interviews, and think up questions that would best bring out their humanity. I also had to learn how to turn our interviews into a story that captured the COs’ authentic selves and the struggles they go through. I had no idea how much more this project would bring out in me.

One of the first things I started to notice was how easy building rapport with the COs was. I began to realize, in my own way, I had a similar struggle. The COs I interviewed and heard stories from had a hard time expressing their emotions. I did, too. It’s part of their job to not show any fear or weakness, always at alert and attention, with an overwhelmingly hypervigilant center that’s hard to turn off.

The first time I heard a CO tell me “In public restaurants or any event, I must always sit with my back to the wall, to be able to see everything,” I realized for the first time that I do that too. I’ve always felt uncomfortable in groups. Growing up with five brothers and a strict family, I could never really show any emotion, or I would get ridiculed and embarrassed. Society says men are supposed to be stoic and never show any sense of weakness, and COs must do that as their job. They put the armor on and then, after a while, they aren’t able to take it back off, which traps them within the walls of their own inner prison.

The interviews took me into that world, and into the memories of the intense experiences they’ve lived through, the ones they didn’t know how to share. COs get caught up in protecting their families from what’s going on inside the prisons and often what is going on inside of them. Their experiences are hard to share with their families, especially their children, so they keep them quiet. However, the COs’ families seemed to know and feel that they are going through something and want to be there for them. The withdrawal and isolation, over time, causes a separation, which after some more time, eventually turns into marital issues, alcohol and drug abuse, and mental health problems, and in the worst cases, an increase in suicidal thoughts and rates.

Most of my teens to my late twenties were like that with isolated, depressed, and suicidal thoughts. I over ate and used drugs to cope. I felt very far from my family and even my close friends. I searched for personal development and self-help books to improve my state of mind, and anything really that might be able to help. I didn’t realize until I was 29 that all I was looking for was connection, genuine human connection in which I could share what was going on inside of me with others and bring down my walls to feel approval for what was going on for me. As I sought and found more of this kind of connection, it felt like life flooding into the dry banks of my being.

COs don’t have much connection in their roles, in their facilities, or at home. While in no way have I experienced the intense events they have gone through, I still resonate with the internal human struggle and hunger for connection, and I think that is something we can all relate to. The interviews with the officers were emotional for me, as I heard how they felt underneath their armor. I don’t see the COs as I used to see them, as cold guards as they are portrayed in films; now I see them as guardians.

Throughout this process, I have experienced the mission of our program “Guards to Guardians,” which is not only to give COs the tools they need to dismantle the armor and unlock the humanity underneath in order to live better lives, but also to redefine the perception of guards and change not only myself but the people who have read the stories we have compiled. These stories, this program, share the impact that COs have. We are delighted to give these amazing people the human connection and acknowledgement that they deserve for this noble profession.