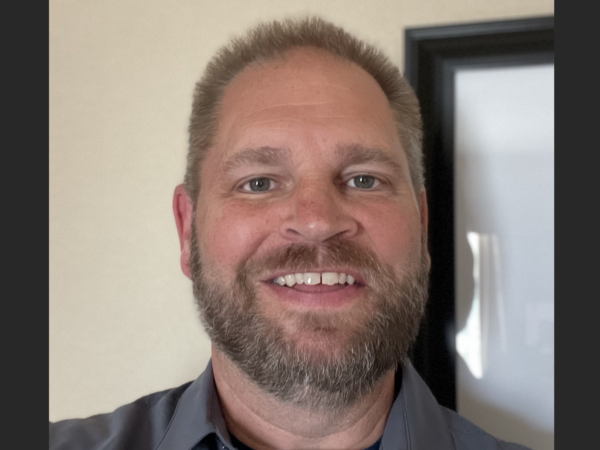 Bio
Greg Piper has worked in the corrections field for many years in a number of positions, including as a Master key control Sergeant, a corrections counselor implementing programs to help lower recidivism and assist inmates to ready them for release, a Special Operations Response Team member, a staff development coordinator overseeing staff training, and as a disciplinary coordinator on the gang task force for Hamilton County corrections division. Despite some medical challenges with a brain bleed and PTSD, he remains dedicated to his purpose of helping others. He is married with eight children and is the current Director of Jail Operations for Guardian RFID. He’s been to over 325 jails across the country implementing this system. Guardian RFID is an inmate tracking software that utilizes an Android-based device and RFID radio frequency identification technology to track inmate movements, ensuring the offenders are fed, that they get the medical attention they need, that they are being taken care of. It also shows that the officers are performing their rounds. Mutually beneficial because it ensures the officers are doing their jobs and good officers are getting credit

“It impacted my home life as well. My wife has reminded me many times that my kids are not inmates. She’ll say I don't need to order them around, you don’t have to shake down their room. There's definitely a disconnect with your family because you don't trust people anymore.”

When I was in my mid-thirties, I had worked different jobs, but I was searching for something that would give me more of a sense of purpose. I had an opportunity to move to Kansas for a job with the Dept. of Corrections in Ellsworth. I started out as a line officer on the evening shift and learned the industry. I just loved it. I found this family, this home, where I could reach out and minister to people, both offenders and staff, and use my gifts of humor and my ability to teach in different ways.

A lot of officers say on their first day when they hear that door shut behind them, they’re scared to death. It’s the scariest moment of their life. I didn’t think that way. I saw it as a new challenge. It was a direct supervision minimum, medium, and maximum prison. You walk in on day one, shadowing and learning, and they tell you this is your living unit. They shut the door and for the next eight to ten or more hours, it’s you and 80 inmates wandering around. You have to learn to use those skills that God gave you, such as how to have respectful communications. I like to use humor. I like to have conversations with people. It taught me to listen to people and let them speak their truth.

Over time, I struggled with PTSD. I wouldn’t call it a disorder, as I’ve never been diagnosed, but it’s the side effects from the things I’ve seen being in the yard. Especially when a massive fight occurs, when you see one guy jump another guy running into a cell and you walk in and there’s blood everywhere. Having a guy collapse on the sidewalk on his way to booking and you must do CPR, these moments add up in your life. They continue to build on you and you wonder, why am I doing this? What possessed me?

PTSD in corrections is not the same as PTSD experienced by our military men and women. They see things that are horrible and tragic and they’re instantaneous and they’re massive. What we see in corrections is this slow-rolling rock that continues to crawl over you, and you don’t even notice it. It’s like the story of the frog. You put a frog in a pot of cool water and when you turn the heat up slowly, the frog never moves. The water goes from tepid to boiling and you boil the frog, the frog never knows it because the temperature rises so slowly. It’s an everyday, continual level of stress. You may not ever witness a death in custody. You may not ever witness two guys stabbing each other. It’s a constant struggle to stay mentally sharp. It wears you down over time until you’re just beaten. The support isn’t there, and the people on the outside don’t understand.

I never had suicidal thoughts even during my hardest times on the duty. My father committed suicide when I was 14. His youngest brother committed suicide around seven to ten years later. That was a hard time in my life. My father’s death taught me a lot. I was a personal victim of someone leaving life too soon. I have talked to people that needed to remember nothing is worth not waking up to another sunrise. As a father of eight children myself, I could never go through with it or even think about it as an option. That was the impact of my father’s suicide on me and it opened my eyes to the need for mental health counseling and help in the corrections field.

I tell people one of the things that happens in corrections is when we go home at the end of our day, our loved ones ask how our day was. And just about every person inside these walls responds with, “Fine.” We do because we’re trying to protect the people we love from what we’ve seen and heard. They’re asking because they care and love us. We don’t want to talk about it. That friction builds up and eventually that connection is going to stop being there. Then, ten years into our career, nobody asks how we’re doing anymore. Corrections officers need help and support because they’re dying on the inside, but they won’t ask anybody for help.

It impacted my home life as well. My wife has reminded me many times that my kids are not inmates. She’ll say I don’t need to order them around, you don’t have to shake down their room. There’s definitely a disconnect with your family because you don’t trust people anymore. I get some serious anxiety now in crowds. I have a hard time when my family goes places and one goes one way and one goes another. I start to feel like a border collie when the sheep are separated, like I’ve got to keep my family together because of the unfortunate distrust I have. I sit with my back against the wall in a restaurant. It’s definitely something my family has noticed and we try to joke about it.

Over time, you may stop having conversations about it, or allowing your emotions to show. I have definitely put up some walls and made some decisions that pushed my family away. As knowledgeable and open as I seem, I can be very blind to the obvious. I allowed myself to ignore what was right in front of me and took the people in my life for granted.

I distrust people more. We joke in corrections that we hate people. It’s not that. It’s just we’ve seen the worst so it’s difficult to have trust and want to be in crowds and be available to people emotionally. I’ve seen some of the physical aspects in myself, weight gain, weight loss, fatigue, and things other men have gone through because this industry is very taxing on us. Worst of all, I had a brain bleed and the doctors connected it to stress from working in corrections.

After I left corrections, after my brain bleed, I can say some days are good. Some days are not. I don’t yell as much. I’m more open and receptive to conversations. I don’t know if I’m as carefree and joking as I used to be, but that’s okay. I’m trying to find a more centered approach. I’ve learned that the anger is subsiding. I believe it’s important to find a hobby and get yourself grounded so that you don’t take it out on others.

We must demystify the mental health aspect and make counselors more available. We need to be more proactive. I would encourage all corrections officers, law enforcement, EMT, and first responders to have mentors. I would also encourage them to find people of the same gender that have similar interests as you that you can talk with, because we don’t want to step on the toes of our current significant others. I have a friend who works in the police department in my town. We chat on a regular basis. I have a therapist that I talk to once a month, twice a month, whatever my availability is. Staff need to realize taking care of their mental health will allow them to last a lot longer on the job so we can better serve the inmates. It’s an opportunity to unburden yourself.

We also need drug and alcohol treatment. If we address this, I think the prison population would probably be cut in half. We need vocational training. When I helped with inmate outreach programs, it was always fulfilling to get a guy in a welding program or another program and know that when he got out, he would be able to get a job and make good money so he didn’t have to go back down the same path as before. It doesn’t always work because recidivism is still at 50%, but we must continue, otherwise we’re just warehousing guys for the rest of their lives.

If you were to ask my family why I keep going in this field, they would say it’s because I’m stubborn. I’m not going to give up. I felt like I really wanted to make a difference. There are some accolades along the way, not many. It’s not like you get high fives every day and you’re not going to get paid a million dollars, but you do get a steady paycheck and can take care of your family. I am able to have a positive impact on people. I know we in corrections like to believe that we all do. I have a former inmate on my LinkedIn feed, a smart young kid. Now he’s coaching and teaching and he’s a machinist. He took the skills we taught him and took the classes and he’s out trying to help others. It’s a feel-good story to see and proof that we can make a difference.