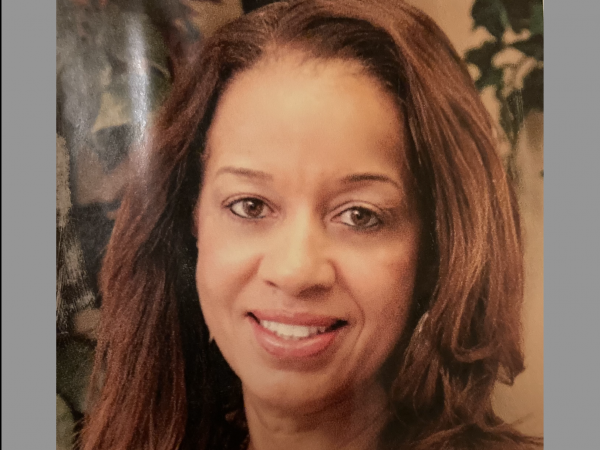 Bio
After working in corrections, Betsy Miller helped start the first family preservation agency in Georgia. Currently, she continues to work with juvenile delinquents, abused and neglected children, and families by going into their homes, schools, and communities providing therapeutic interventions to help individuals and families re-enter the community after incarceration, or involvement with child welfare to help prevent placement disruption. She works closely with the courts, case managers, and probation officers. She feels happier and more fulfilled in her career as she continues to make an impact on the community.

“Working excessive shifts also led to significant emotional instability for COs. You could tell by how they treated the inmates, often being overly aggressive. As for the impact on my household, I found myself often getting irritable with my family from lack of sleep.”

I began my CO career at a detention center in Connecticut. We received new intakes that the police just arrested, had a unit that housed trustees who worked with DOT every day and housed inmates to be transferred to the county jail awaiting sentencing or transfer to the Prison. We had large numbers of substance abusers and homeless detainees coming through for minor offenses. Often their goal was just to get a dry, warm place to stay and some food. There was a large population of individuals with mental health issues. There was also a unit that housed youth offenders that required protective custody status in order to ensure their safety. Most were being detained on drug-related offenses, assault, and/or robbery offenses. I maintained employment there for two years.

When I left I became a Bail Commissioner for the state. My role was totally different, I could support people who might be productive citizens despite being charged with an unlawful offense. I was contributing to a more organized system and I felt much more empowered. I didn’t really feel empowered as a Corrections Officer, rather like a guard that took an otherwise humanistic approach to individuals being detained. I eventually moved to Atlanta and got a job at a youth detention center. I was there for about 18 months and then I became a juvenile probation officer.

I became a CO believing I could help others and make a difference. I began with positive intentions and really thought I would be able to do good and feel good about my job within a broken-down system. I thought I was helping in a sense of being fair, not judging or mistreating the inmates, trying to be positive without providing counseling, but just showing them that we could all get along. I chose this career path because I wanted to be instrumental but I didn’t know exactly what I was getting myself into.

I was very excited about going to the Correction Officer’s Academy in Connecticut. When I reported there, we simulated the actual process of incarceration. This began by turning ourselves in and being remanded into custody as inmates. We had to strip down, have body searches, and get mug shots taken. We were assigned cells and for three days we stayed there and ate the food from the prison. There was no preferential treatment for women. We had to do the same exercises as the men such as practicing takedowns, getting maced, and learning restraints and pressure points.

As a woman CO, it was difficult because often there were inappropriate comments directed toward me from inmates and covert advances. Often inmates would act out. yell/holler, and be disrespectful. I handled it by either ignoring or redirecting. This often resulted in male COs being overprotective and aggressive toward the ‘acting out’ inmates. I was often bothered by how the male COs were overly protective and engaged in verbal and/or physical discipline actions that sometimes resulted in injury and/or instigation of otherwise unstable individuals. This caused me a great deal of discomfort.

I found that in order to effectively manage inmates, there was a level of conversation that I had to have with them to gain cooperation and to figure out from a backdoor approach what might be going on in the facility that may result in staff or inmate injury. You had to get to know inmates well enough so you could develop trust with them and they would share insider/confidential information with me. That helped me make an impact for the time I was there. I never was involved in an intense physical altercation/restraint, which I feel was a blessing, as inmate-on-inmate and/or inmate-CO altercations occurred daily.

Shifts were assigned by seniority. When a new CO joined the Department, training occurred on the day shift. After training the senior COs would get the opportunity to select the shifts they wanted. As a result, shortly after completing training I was assigned to the third shift. I lost a lot of sleep when I worked the third shift. There were a lot of COs working double shifts, four or five days in a row, some motivated by the extra money, others mandated due to staff-inmate ratio or staff calling out. I believe working multiple double shifts contributed to the facility not being as safe. I observed that the ability to make sound decisions was impacted by lack of sleep and overall poor attitude.

Working excessive shifts also led to significant emotional instability for COs. You could tell by how they treated the inmates, often being overly aggressive. As for the impact on my household, I found myself often getting irritable with my family from lack of sleep. Often it was a challenge achieving adequate rest due to working 11:45pm to 7:00am. It was difficult sleeping during the daylight hours and attempting to take an evening nap in preparation for work. One night I jumped up from a late nap and rushed out of the house because I didn’t want to be late for roll call. When I got to the facility I realized I left my shoes at home. I had to call somebody at midnight to bring me my shoes so I could work. Clearly it was a result of lack of sleep.

I was always vigilant about my safety and inmate safety. I remember the showering protocol required that only five inmates at a time come out of their cells for showers. This was strictly for safety. One incident involved two inmates that were passing each other going and returning from the shower. A trustee was mopping and one inmate grabbed the mop and started beating the other inmate. The entire situation was orchestrated and later it was learned that the two inmates were from rival gangs.

Another time I was working overtime and an inmate came in for a domestic violence incident that involved a child. Often there was retaliation toward inmates for crimes against women and children. As a result of threats toward the inmate, he had to be transferred to the jail to be placed in protective custody.

I was assigned to transportation that day, and I was responsible for securing his hand and leg cuffs and transporting him. When we arrived at the jail they let us in and shut the gate. Suddenly, I heard the inmate screaming. Somehow he forced the van door open, then threw himself out on the pavement, landing on his face and resulting in injury, losing a few teeth and needing emergency medical treatment. His goal was to go to the hospital instead of jail. I could never figure out how that happened but I was so tired and apparently did not secure the van door. I realize now it probably wasn’t the safest thing to have a woman transporting a high-risk inmate alone.

Most Correction Officers are risk takers. They attempt to make good decisions but I saw a lot of poor attitudes and behaviors directed toward inmates. Abuse of power was often exercised. “I’m in control and I can just throw you in the cell and I can lock you up and I can leave you there.” I felt like the treatment missed the human connection aspect and the rehabilitation factor that I thought would make a difference in their lives.

That really impacted me, the general treatment of people there. Everybody had some extenuating factor, whether it was substance abuse, mental health, criminalized thinking, they had serious core decision-making errors. I think that some Correction Officers weren’t equipped to be with the mentally ill inmates. The COs lost their temper at times and you could see that their frustrations with the job impacted their interactions with inmates. We as COs are supposed to lead by example, make a difference, and keep people safe. There were great COs that were on the same page I was on, trying to create an environment where we could all work together to identify those persons that could cause trouble and figure out how to separate them.

On the night I realized I’d had enough I reported to work at 11:45 for roll call. There was a homeless inmate that was clearly delusional and hollering the whole night. Around two in the morning I walked by him in the holding area. He took a bowl of corn flakes and threw it and it hit me from behind. I had corn flakes all over me. Some of the COs became overly-aggressive and I told them not to because the guy was not in his right mind. That night I put in my resignation. I couldn’t continue to be a part of the mis-treatment of inmates, the physical takedowns, etc. I lost the drive to make a difference and felt like the system wasn’t working.

I also decided to leave my CO job because there were systemic changes for improvements that were needed but absolutely no improvements ever got made. It progressively got worse. For COs initially, everything is good and they’re putting on a good front, but over time you can see their behaviors and their treatment of inmates deteriorating. I’m lucky I got out early because I’ve heard that many COs ended up abusing drugs, alcohol, and even committing suicide from the stresses of the job.

If I had to choose to become a Correction Officer again as a woman I wouldn’t do it. For any system to run optimally and smoothly you must have policies and procedures and oversight because the risk for injury is very high. I think I chose this career path because I wanted to be instrumental but I didn’t know exactly what I was getting myself into.