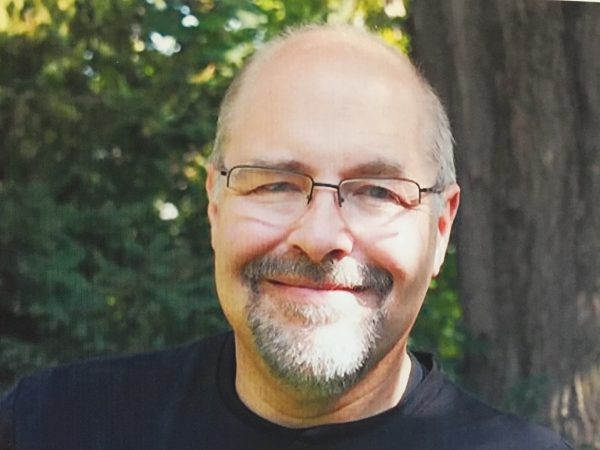 Bio
In addition to working in the prison system for 36 years, during 23 of which he also served as a police officer (something that he still does today), Keith has written four books, two of which, “No Place Like Home”, and “Morning will Come” are based on his experiences as a Correctional Officer. He is currently writing “In Their Own Words”, a collection of stories from the front line of America's toughest job. He and his wife have been married for 44 years and have two daughters and three granddaughters. He still works with Correctional Officers and offers his insights on his YouTube channel, Cops/Corrections and through his books.

“I’d be fighting with someone, maybe using pepper spray,  and a half hour later I’d be sitting at the dinner table with my family. There was no transition time.”

I’ve worked with a number of agencies, but chiefly with the Wisconsin Department of Corrections, where I was employed for 36 years and retired as a Captain. For 23 of those years, I also worked as a police officer on the streets. Now, even though I’m retired, I continue to work as a patrol officer for a couple of small rural communities, which I really enjoy. Two of the three institutions where I worked were medium security prisons and the third was maximum security, where I was what’s called a Line Captain. In that job, I was called in when things went extremely wrong.

I’m from a rural community in Wisconsin, so when I started in the prison system at the age of 22 and was thrown into a housing unit where I was supervising 40 convicted felons, it was a rude awakening. I’d gone through the six-week training course at the Academy. So I knew a little bit about what to expect, and I’d also gone to school for Criminal Justice, so I had that in my favor too, but it was still like stepping into a totally different world.

As a Correctional Officer, you’re dealing with people whose existence the general public doesn’t even want to acknowledge. I’ve dealt with many serial killers and serial rapists, but as a Correctional Officer, you can’t think of them as just a killer or a rapist. That isn’t their whole identity, and you have to think of them as complete individuals. I remember escorting Jeffery Dahmer to a facility and still feeling a strong sense of duty to protect him. You have to treat these felons as people. Throughout my career, I’ve tried to treat everyone the way I would want to be treated if I were incarcerated. I  considered them  humans above everything else–because that’s what they are.

We had a hospital unit at the last prison where I worked, and a lot of people who were serving life sentences passed away there. It was my job to notify their family, and in one instance I had to notify the daughter of a serial rapist. She was in tears on the phone, and I remember her saying, “I need you to know that the man you knew wasn’t the father I knew.” These prisoners, no matter what they’ve done, still have people who love them. They’re still somebody’s son, daughter, somebody’s nephew, or somebody’s father or mother. So, to me, it was important to treat them that way.

It actually took me about three months after I retired to realize that my normal day in prison wasn’t normal anywhere else in the world. It took a toll on me, but I was lucky because I was able to come home and talk about it. I wouldn’t tell my wife that some guy had been biting pieces out of his arm, but I’d tell her that some really bizarre stuff had happened, and we would sit and talk about it. So I had a sounding board, And I think that was very important. I think one of the problems with many officers is that they say, well, you have to leave the job at work. You can’t bring it home with you. However, that’s difficult. It’s not something you can just turn off.

An officer in Missouri told me about a horrible, tragic experience he’d had 15 years ago. Before that he’d never shared it with anyone. He said that just telling me about it had taken a huge weight off his mind. I’ve known a lot of people who tried to deal with things on their own, without reaching out to anybody. And usually they wound up diving into a bottle or they’d go home and smoke a joint, sit in a dark room watching movies by themselves, wallowing in their own misery. Unfortunately, I know a lot of people who fell into the bottle, and many who lost their marriages, lost their families, lost their wife and children to the stress they were dealing with. And sadly enough, a lot of them committed suicide.

There was a Sgt. in one of my tactical units who was a great guy with a great personality. You would never think anything was bothering him. He seemed perfectly healthy and stable. However, one day he went out,  parked his car in the woods, and shot himself. No one who knew him would have imagined that he would ever do such a thing. He’d obviously internalized everything that was going on. And rather than getting it out, he just killed himself. I know that I myself have had experiences I didn’t want to talk about right away, and keeping it in just wore on me. I cannot begin to count the number of Correctional Officers who’ve killed themselves. A law enforcement officer is killed in the line of duty approximately every 53 hours. More alarmingly a law enforcement officer in this country takes their own life every 47 hours. So, every year more officers die by suicide than in the line of duty.  Personally, I’ve never had suicidal thoughts, and, to be honest with you, I think it was because, when I was 18 years old, I was in a fatal car accident. I was driving, and my best friend and his three-year-old daughter were both killed. I was depressed after that, but I somehow knew it was temporary. So if I fell into a depression because of something that happened at work, I knew I’d come out of it.

But I have had PTSD. In fact, Correctional Officers actually have a higher rate of PTSD than police officers. People have a hard time understanding that, but when something traumatic happens, a Correctional Officer can’t just walk away and forget about it. He has to face it again day after day. As an example, when I was a Captain, a 19-year-old inmate commited suicide in one of the housing units. He waited until the sergeant had done her rounds and then he hanged himself. The officer who found him,  as well as the others who were involved in the incident, worked on that unit every day. So every night they had to shine their flashlight into that same cell when they were doing their headcount and that same incident flashed through their mind over and over. It wasn’t something they could just walk away from.

As for me, In one instance about 20 years ago an officer was assassinated and I was called to the scene with a SWAT team to clear the building. At the time, I didn’t think it had any real effect on me, but a couple of years ago, my wife and I were driving past the place where this officer was killed and it all came back to me. It was like a punch in the mouth. I started shaking, almost hyperventilating. My wife asked me what was wrong, and I said,” I’ll tell you later.” Then, when we were on our way back home, we took a different route. They say that it takes an average of at least 30 days for PTSD to really hit you, but, as I now know, it can even hit you 20 years later.

Also, after I retired, I had a dream one night in which I relived some of the horrible experiences I’d had–a man dying in my arms in front of his family, riots I’d lived through, things like that. And when I woke up, I actually felt refreshed. For years that had been inside me and I felt like I had finally processed it all. I felt relieved because I’d lived through all that and both I and my marriage had survived. Many COs survive that but few escape without emotional consequences.

For a while I worked at a County facility that’s only a mile away from my home. So I’d be fighting with someone, maybe using pepper spray,  and a half hour later I’d be sitting at the dinner table with my family. There was no transition time. It affected me and my family. There were times when I had to remember that my kids weren’t inmates. Inmates have to follow a strict schedule, and I was also very regimented with my kids. If I told them to be home at midnight, 12:01 wasn’t acceptable. So I was sometimes a little too rigid. It had to be hard for them growing up with a father who worked in a prison and on the streets. I didn’t want that for them;  it was difficult, and I am grateful that we made it through. I’ve always had a good relationship with my kids, so they knew they could always talk to me.

So, I believe the bottom line is that you have to let your family, friends or close co-workers know what you’re dealing with. You don’t need to go into all the details, but if you can just sit down and talk about your feelings, it makes a big difference. As a Captain, after an incident was over, I did a complete debriefing with everybody who was involved, because there were new officers who’d never seen anything like that in their lives. So I would talk to them one-on-one. I would offer them an employee assistance program, if they needed it, and they knew they could come and talk to me at any time. I believe it’s important to have an open line of communication.  Too many people think it shows weakness to want to talk, but I believe it takes strength to get it out.