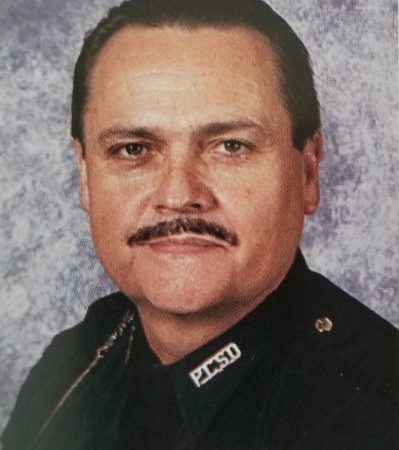 Bio
Gary, father of five children and grandfather of five more, received the Army Commendation Medal and Soldier of the Quarter Award during the 10 years he served in the army. The first job he held during his 28.8 years in the Correctional System was at the Hillsborough Correctional. Next he went on to  the Polk Correctional Institution, and from there he spent 12 years as an investigator for the Tallahassee Central Office. In that job he was sent all over Florida doing investigations. And finally, he went to work at the Polk County Sheriff’s Office for another 12 years. Gary also received the ‘Correctional Probation Officer Leadership Award’ for Region V, Tampa, Florida, ‘Correctional Probation and the Outstanding Merit Award’ for leadership in Region V, Tampa, Florida. Since then he’s retired and written two books, ‘Corruption Behind Bars’ and ‘Inside the Inner Circle’, based on his experiences. Now he’s working on a third book called ‘The Toughest Job.’

“When the doors close behind you and you’re in the prison, it’s a different feeling. You’ve got to deal with a lot of anxiety, fear, injuries, and even PTSD after a while. ”

I was in the Army for ten years, where I served in the Military Police, and when I got out I became a Correction Officer in the Florida State prison system and Investigations for 28.8 years. Being a CO is hard, many people can’t handle that job. My brother has been a street cop for twenty-three years and has faced many dangers, but he said that he wouldn’t work in a prison. I think it takes a special person to get locked behind the walls, outnumbered a hundred to one, with no weapon. It can be dull and boring one second and then, all of a sudden, out of nowhere, there’s a riot, a fight, some kind of disturbance.

When I got out of the Army I was twenty-eight years old and I had some useful life experience. But even so, when I got into my Correction Officer uniform and was told, “Okay, here’s some keys and you’re stationed at dorm one, two, and three,” it was a shock. When the doors close behind you and you’re in the prison, it’s a different feeling. You’ve got to deal with a lot of anxiety, fear,  injuries, and even PTSD after a while. When I started, we didn’t even have mace on our belt. There were about forty-five inmates in each dorm, and there I was, alone, in charge of all these inmates, and without any weapon.  So I can only imagine what it must be like for a nineteen-year-old fresh out of school.

When you’re new, the inmates are going to watch every move you make. You can’t show any fear, because, if they see you’re afraid, they’re going to try to manipulate you. They take advantage of weak officers and laugh at them behind their backs. You do one favor for one person and all of a sudden the inmate has leverage over you. You have to be careful, because your kindness is easily taken advantage of. It affects your humanity in a way and causes you to harden. I think I was pretty fortunate, because I made it clear from the beginning that I was going to make the inmates follow the rules, but I would also be fair.  Once they see you’re fair, they leave you alone. In addition, I was really good with interpersonal communications and treated the prisoners as people no matter the crime. I presented tasks in a way that allowed  them to feel human. I wasn’t just another Robo cop barking orders. A lot of people think that if you say thank you to an inmate you have belittled yourself. Well, if the inmate just cleaned up the whole dorm, I was  going to say thank you for doing a good job. They appreciated that acknowledgement of their humanity.

When you’re working in a prison system, you see inmates killing other inmates, you see inmates committing suicide, you see inmates attacking officers, killing officers, hurting some officers badly. During my time as a Corrections Investigator, I had to go to several autopsies, and after the first couple of corpses, I got numb to it. One time, I even walked in with my cup of coffee, and when I was reminded that wasn’t allowed, it kind of woke me up to how normal sitting in on autopsies had become for me–how much of my own humanity was shut down after years on the job.

During investigations, when inmates were killed, I was usually the one talking to their parents. You’re there talking to them and letting them know what happened to their child. Seeing the parents’ reactions, you can’t help but feel for them. As a father of five, I couldn’t help being impacted by those conversations, and there were times I took those emotions home with me. I would talk to my wife, who helped work through them. Not everyone has that kind of support, and a lot of COs like to keep things to themselves.

At the other extreme, I’ve seen an inmate bite a piece of an officer’s face off and tell him “I have AIDS and now you do too.” That inmate was transferred to another prison, and the officers there were informed of what he’d done. That inmate was then beaten for five days and eventually passed away from his injuries. I’ve investigated many cases like that, and I never condoned that kind of behavior on the part of COs, because it can really turn into an Us vs Them situation, which only escalates tension. Being a Correction Officer is a dangerous job and you don’t always know how to prepare for every situation you will encounter. Towards the end of my career, I was getting burned out from the job. You never know the mental, in addition to the physical toll it takes on you until you’ve been through it.

I say this because it is important for officers to learn how not to bring the job home with them. It’s one of the most stressful jobs there is, and to reduce the stress, when you walk out the door at the end of your shift, you need to let the job go and live your life. It can be hard sometimes, but if you can do it you’ll survive a long career in Corrections. My wife also did 35 years in Corrections, and we made a deal with each other that we would do that. Sometimes we needed to vent and we would go on long walks to talk things through, clear our heads, and protect the kids from what we were experiencing.  We did whatever we could to live a normal life, outside work, whether that meant cooking dinner or going out to the movies–things of that nature. I am lucky to have a wife in Corrections with whom I could share my problems and know she understood. We had one another’s back.

After a long career,  there are a couple of things in the system I would like to see change. I think new young officers need to get more training in ethics and inmate manipulation, because I believe that many of them who get into trouble aren’t actually crooked or bad; they just didn’t know any better and fell into the trap that was set for them by inmates. But, In addition to proper training for young officers, I think there are other issues the prison system needs to address. Many of these are simply providing humane living conditions for the inmates.

Really bad riots have been triggered by basic problems like overcrowding, sanitary conditions, and just the quality of the food. The prison population may be criminals but they are also human beings. They want a clean place to live, something reasonable to eat, and they don’t want four people living in a cell made for two. So if inmates are complaining about these kinds of things, the administration needs to pay attention, because they are warning signs. A lot of them are frivolous, but some are serious, and if you don’t deal with them, the inmates may deal with them in their own way. Some people are going to say, “Well, why should we cater to these inmates.” But the thing is, you’re not catering to them; you’re trying to prevent a riot that’s going to put everyone in danger.

And finally, not just new officers, but everyone working in the system needs to have emotional and psychological support. I also believe they should have some type of exercise program and physical therapy to keep them healthy and in good shape. Many agencies have someone in human resources you can go to if you need help either emotionally or financially, but many don’t. Correctional Officers need someone to talk to in a crisis situation. It’s not that different from being in the military and seeing your buddy get killed in the field. Post traumatic stress disorder is real, and it needs to be addressed. We need someone to talk to after witnessing something like that.