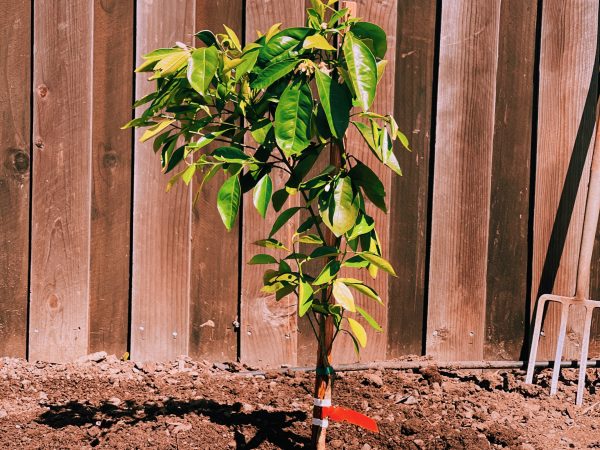 We started serving at The Living Room in July of 2020, during the peak times of the pandemic when we were just starting to realize it wasn’t going to end any time soon. The Living Room is a shelter offering stability and support for women in transition from homelessness.

We put our dream of opening a restaurant on hold and got into the flow of bringing food to Santa Rosa for 150 people each week. It was such a relief to have somewhere to pour our love into and we were grateful they were so willing. What started as an intermediary to the vision, quickly grew to something quite meaningful.

Slowly we started getting to know the staff there and occasionally we would hear from some of the guests we were serving. I remember the first time Rebecca, one of our main contacts at The Living Room, called me and said, “I have Lily on the phone and she has something to tell you.” She passed the phone to Lily, one of the participants at the shelter, and Lily, with so much vibrancy and life started to tell me how grateful she is for our food each week. She said the previous week she picked up an extra bag for her neighbor, who is homeless and has a hard time moving. She brought it to him and after a few bites he said, “Wow this food is so good. It’s almost like you can taste that the people who made it want you to feel loved.” Right after he said that they both looked at the paper bag that we serve our food in with the words, “You Are Loved,” written across the top. She said his eyes lit up and they both started laughing. 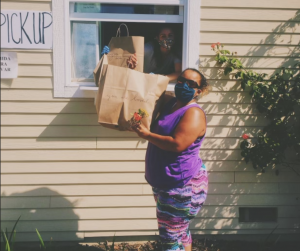 These few moments of connection to the people that we were serving really started to awaken something in our service hearts. This is what we gets us up each morning. When we started to feel a shift, a friend and I were talking about Love to Table and the new vision for it. We dreamed, “what if we started a garden where we could grow food with those without homes and show them how to grow and cook it?” We wanted to share that feeling of freedom you experience by growing your own food, as we ourselves were having.

When we brought the idea to The Living Room and they were on board right from the start. Rebecca added into the vision, “if we are going to build a garden, we want fruit trees!” 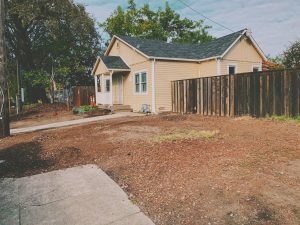 We broke ground on the garden in October 2020. We arrived at the small campus in Santa Rosa on an overcast fall morning. The campus feels like an oasis tucked in an industrial neighborhood, with a courtyard, a fountain, and bright flowers all around.

As we started to get to work, we quickly realized that the dirt where we were growing was basically concrete. You couldn’t even get a shovel an inch deep. The first few days were blurry and hard, like the dirt itself. We had planned to have the garden ready for planting in 4 weeks for winter beds, but as with nature I am learning, we are not in control. Our gardener said we’d need to use a jackhammer to penetrate the dirt, which had me in disbelief. A jackhammer to start a garden?

But there we were not a few days later going down the street to the equipment rental shop to rent two jackhammers and an electric tiller. It took two full days of jackhammering the small plot of land but the soil went from hard, light-colored, dry, crackly to dark, rich, dense and alive. 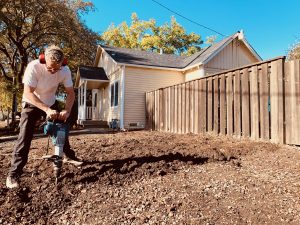 As we entered winter, we continued to get the beds ready for planting, the days felt dark and foggy, heavy and thoughtful. The soil was beginning to breathe again for the first time in a long time.

When we started to feel the first signs of spring, the sun was coming out and the days getting warmer and lighter, you could feel the soil waking up and extending itself outwards to be used like waking up from a deep sleep.

By March 2021 we launched a program to bring the women of The Living Room into the garden. We started by prepping the beds, at this point they had grown a lot of weeds. After weeding, we moved into planting. 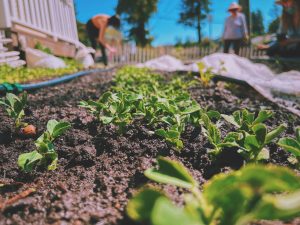 As we prepared the beds, the thought of our tree continued to dance through our minds, wondering which kind of tree would be just right to start with. We wanted it to be something the kitchen could use in meals and that you could also pick right off the tree to enjoy right there, and bright and vibrant in color bringing even more life to the campus. We decided to get an orange tree.

After 4 weeks of preparing the garden with the ladies and staff of the Living Room, our gardener Ryan arrived with the tree. He asked jokingly to my dad, Terry, if he brought a fish head. It would be ideal for planting the tree, he continued on, explaining how the fish acts as a fertilizer for the tree. Little did he know he’d asked the perfect question to my dad, life-long restauranteur and chef, who in one phone call to the nearest fish market secured 2 donated fish for the cause.

Various women worked that day, weeding and seeding the soil. An hour in, Lily, the woman we’d heard first from arrived. As we were setting up to put the tree in the ground, we asked her if she wanted to do the honor of planting it. She lit up and walked over to the hole in the ground, now filled with fish. I remembered our conversation and her generosity and felt the significance being there with her. 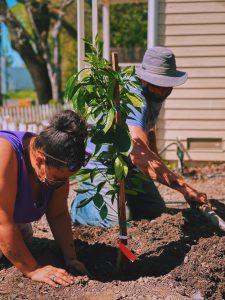 Lily took the small orange tree and buried it with her hands, softly forming a well around the base, Ryan instructing her through each step/ She watered it in and covered the perimeter with hay to keep it moist. Though small, the tree stood tall and proud.

Rebecca came out right at the end of burying the tree and when she saw it her eyes widened and she put her hands over her heart. I could feel tears forming at the edge of my eyes.

7 months from when we started and we had our tree. 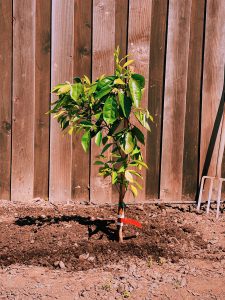