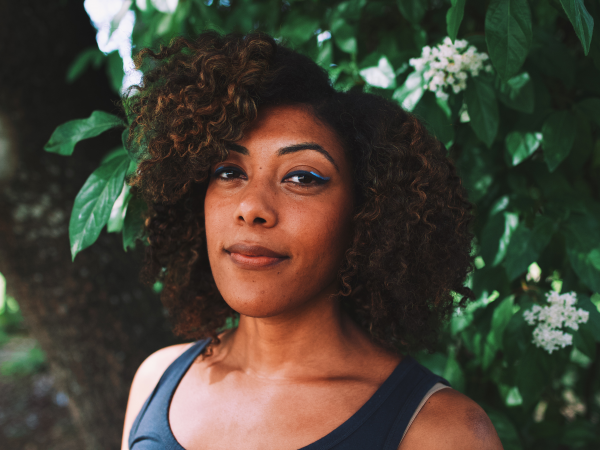 In the midst of our current social climate, I’ve been doing a lot of reflection on race. As a mixed-race woman, this is a topic I’ve ruminated over my whole life. For a long time, I felt like I had to pick a side in terms of my own racial identity. There was an internal pressure that said, “if you want a sense of belonging or peace, you best figure out which side you’re on and then stand by it.” That never really seemed possible to me though, humans are more dynamic than that and identity is meant to be fluid. How else can we evolve? Mixed-race or not, we’re not meant to fit neatly into boxes that say “this is what black is” or “this is what white is.” That didn’t stop me from trying though, I contorted myself into the shape of these boxes and hoped for the best. Needless to say, that did not go great because I lost Marissa.

I find myself at a familiar choice-point during this time of social unrest; only now, I get to look at race through the lens of political polarization. On the left, you’re either with Black Lives Matter or you’re a racist. And on the right, you’re either willing to repair the black community by conforming to certain conservative ideas and values or you’re going to keep bringing down the race. I hear that familiar voice that says I have to choose but I’m not collapsing under the weight of it this time. So what do you do when both sides have valid points couched in self-righteous vitriol that promotes divisiveness?

You stop and ask yourself, what do I believe? I want to create my own box and fill it with what feels true to me.

I believe that racism hurts because it continues a cycle of separation through prejudice and discrimination.

I believe that black lives do matter and fighting against a “them” to prove that plays into the very notion that they don’t.

I believe in thinking for myself.

I believe in natural expression rather than performing what I think black is supposed to look and act like.

I believe that victim consciousness is draining all potential from our society and keeping marginalized communities locked in the illusion that we don’t have power.

I believe that when black consciousness unhooks itself from victimhood, we will be in a position admit that we have power and take the mantle.

I believe that demanding to be treated a certain way and censoring others because we don’t agree with them limits our chances of empathy, compassion and growth as a collective.

I believe I can stand by what I believe while also listening to what others have to say, and that doing so is an opportunity to put my values to the test.

I believe that oppression can be used as a gift where those who undergo the most struggle come through with more resilience.

I believe that resilience is a key factor in true power.

I believe that we are selling ourselves short when the best we can hope for is a forced equality through fear tactics or conformity.

I believe in creation as a vehicle for transmuting outrage into something beautiful that builds more intimacy, rather than letting outrage fester or dominate.

I believe that fighting with force has diminishing returns.

I believe that taking full responsibility for myself and my life is the only way I can own my power and be an expression of it out in the world.

I believe that we are relying on our minds for all of the answers because we haven’t practiced trusting our bodies to reveal the truth.

I believe in power from below, where the body holds the keys to a deeper intelligence and intuition that is more reliable than intellect alone.

I believe that animal nature is part of our essence, the physical realm that houses impulse and instincts, and for however long we continue to suppress it, we are going to feel cut off from the soul.

I believe we are all on a journey to uncover the soul and return home, and when we can meet one another at that level of naked depth we’ll already have created a different world.

And so here I am with the same issue I’ve always had, fitting into neither side. The only difference is, now I don’t see that as a problem – I see it as the solution.