Read: Why I Gladly Waste My Talents In Prison 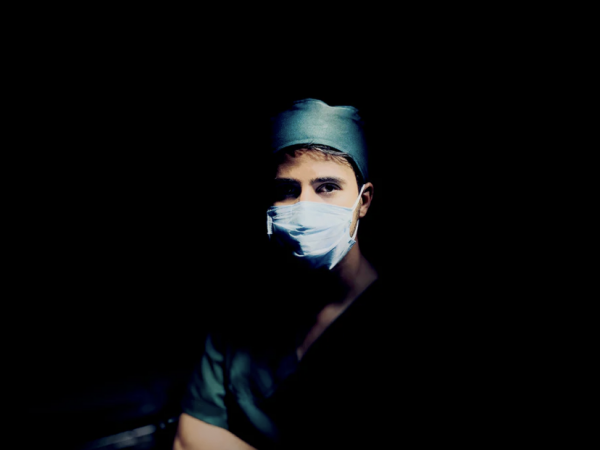 I remember the first time someone told me that I was “wasting my talents” by working in a jail. At that time, I had no ready witty rebuttal. I love my job and I especially appreciate working with a patient population that is disadvantaged and underserved. Of course, the idea that Prison residents are worthy recipients of medical care is, well — controversial. Inmates are not as politically correct as other medically disadvantaged populations.

As an example, if you were to tell your family and friends that you were going to work with at a medical clinic for people without homes in an inner city, or to provide medical care in a needy third world country, the reaction probably would be something along the lines of “Good for you! I admire your selflessness and dedication!” Yet when you tell these same people instead that you are going to work in a prison, you are much more likely to get this: “What’re ya, nuts? Why would you waste your talents working with them?” I personally have heard the “you’re wasting your talents” line more than once.

“Wasting your talents” is a double insult. It assumes that inmates do not deserve medical care. It also assumes that if you are going to work in a jail or prison as a medical professional, there must be something wrong with you.

I’ve tried to think about why otherwise good and kind people often have this reaction to the notion of providing medical care to inmates. Upon reflection, I believe that this is an emotional response based on the following assumptions:

In the end, if you go to work in a jail prison, your reputation may suffer. Colleagues, especially, may look at you askance. You may become stigmatized.

But it should not be that way! All of these assumptions are incorrect.

Let’s look at the Prison resident population more objectively, using terms that could be assigned to other medically disadvantaged groups that are considered worthy, like those in a third world country or the people without homes in an inner city:

“Disadvantaged.” Of course, inmates are disadvantaged. That’s what going to prison is all about, losing normal societal privileges. However, one right that inmates do not lose when they go to jail or prison is the right to necessary medical care.

“Underserved.” Yes, inmates, as a group, are underserved. Doctors and nurses are not lining up to go work in prisons. It is not atypical for correctional medical positions to go unfilled for a long time. In fact, that is how I myself initially got involved in corrections. My county commissioners could not find any local medical doctor to staff the local jail for months! Thank goodness they finally asked me.

“Disenfranchised.” Inmates are beyond disenfranchised. They have been formally banished from society. In fact, one reason for the negative reaction to the announcement that “I’m going to work in a prison” is that by doing so, you are breaking the unwritten social rule that “We’ve agreed not to associate with those people.” Those people, of course, are Prison residents. That’s what people mean when they say: “you’re wasting your talents.”

People think this about inmates and mean it. But if, instead of inmates, “those people” being referred to belong to some other broad social group — like a particular race or religion — the statement is instantly recognizable as unacceptable bigotry.

In the end, inmates are indeed socially disadvantaged. Inmates cannot go out to find good doctors in their community. Good doctors have to choose to go to them! Inmates have that in common with many other disadvantaged people.

And consider this. The United States incarcerates a higher percentage of its citizens than any other industrialized nation on earth. Many (maybe even most) inmates in U.S. prisons would not be incarcerated in, say, England — or even Russia or China.

So, if you want to do work that is socially meaningful by working with patients who are marginalized and lack ordinary access to medical care, you could volunteer to work at a free clinic serving people without homes in an inner city — OR you could instead go to work in a jail or prison!

I myself started out in the traditional world of U.S. medicine, as an ER doctor for over 20 years, before I discovered corrections. And I did not dislike my work as an ER doctor. I certainly was not dissatisfied. But I have enjoyed my career in correctional medicine more — and I feel like I have done more overall good. The reason for that is that in the jail, I began to see many people who had not had access to medical care on the outside. Maybe they were without homes. Or poor and without insurance. For these people, jail was the first place where they had consistent and easy access to a doctor, a dentist and a mental health professional. I have to say that this kind of medicine can be pretty gratifying.

We correctional professionals need to embrace the fact that we work with a disadvantaged and marginalized population. When a fellow physician says “You work in a jail?” with one eyebrow raised, we need to say back “Of course I work in a jail! That’s where the sick and needy people are! Why aren’t you working in a jail?”

Jeffrey E. Keller, MD, FACEP, is a board-certified emergency physician with 25 years of experience before moving full time into his “true calling” of correctional medicine. He now works exclusively in jails and prisons, and blogs about correctional medicine at JailMedicine.com.