The Art of Soulmaking: Radical Forgiveness 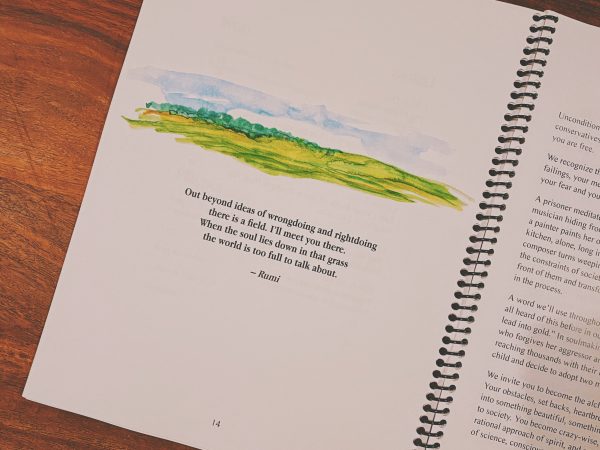 Lesson 4 in The Art of Soulmaking workbook talks about forgiveness as a path to healing. Here’s an anecdote found on page 59:
“The Choice”

An Iranian woman named Samereh Alinejad suffered a mother’s worst fear; her teenage son was stabbed to death by his friend Balal when the boys were just 18. From that day forward, rage and thoughts of revenge consumed her; little else was in her mind. Balal was caught, tried and sentenced to death. That country’s penal code gives the victim’s family a final say in capital punishment and she awaited the day she could take this man’s life just as he had taken her son’s. She longed for it, in fact.

In the months leading up to the execution, Samereh’s dead son came to her in dreams asking that she spare his friend Balal. The dreams did nothing to soften her desire to see him dead. In the last dream before the scheduled hanging, she dreamt her son would not speak to her. She didn’t care.

“An eye for an eye,” as the saying goes, is a fundamental part of Islamic justice, known as Sharia law, and on the day of the execution, her family dressed carefully and went to the prison. Balal’s family did as well. As the prisoner was brought out to the gallows, something happened to Samereh.

In a flash of extreme genius, she forgave him. She had never given any indication she would, or even could, do so. Yet, as the noose went around his neck, perhaps she saw in his face the face of her son, a frightened young man doing the best he could in the face of chaos and violence. Perhaps a question ran through her mind, a terrible, terrible question. If she agreed to kill this man, what did that make her? Her extreme genius rose in this extreme situation in the most powerful way possible. She intuitively knew circles of violence and hatred don’t stop until one side or the other steps up and forgives.

As Balal was released from the gallows, his mother reached through the fence to embrace Samereh in an emotional moment that transcended time and space. A photograph of them went around the world, offering hope to millions.

Samereh also forgave herself that day, too; she was free of her own hatred and thoughts of violence against this young man who had killed her son. Those thoughts disappeared in that moment of forgiveness. Samereh electrified the world, becoming a hero and symbol of the transformative nature of forgiveness. All of her beliefs and pretensions about justifiable punishment fell away when she refused to murder another soul, refused to take another child from another mother. She would not spend life searching for revenge; she chose love instead.